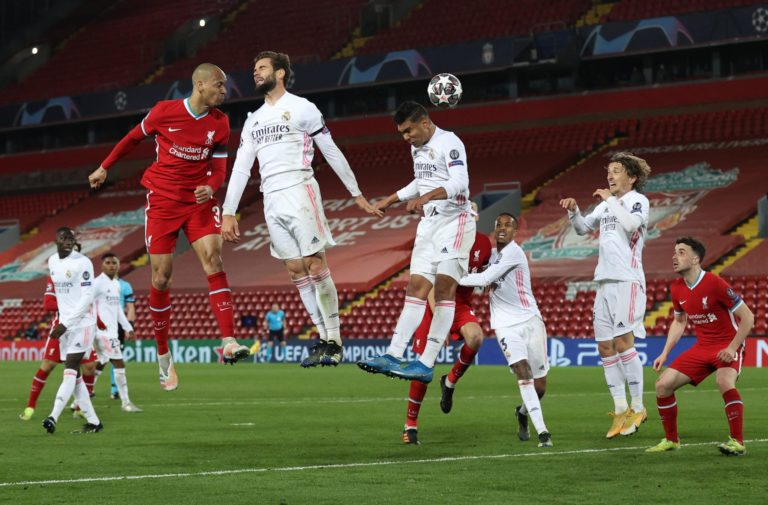 Six English teams are expected to be part of plans for a breakaway European Super League, with an announcement due tonight.

Among the English clubs involved are Liverpool, Manchester United, Arsenal and Chelsea.

The project has been launched to rival UEFA’s Champions League format which currently dominates European football.

Sky News’ City editor Mark Kleinman said: “My understanding is that 12 clubs from across Europe including the six biggest English clubs have now signed up to this new format.

“The others include Barcelona, Juventus and Real Madrid.”

Kleinman added: “The new league includes staggering sums of money that will be handed to the participating clubs. About $6billion has been committed to this new project by the American bank JP Morgan.

“And this will come after European clubs’ finances have been hard-hit by the coronavirus pandemic which is one of the reasons why so many of Europe’s biggest clubs have decided that now is the right time to form a European Super League after years of on/off discussions about such a project.”

The Premier League’s chief executive Richard Masters has written to all 20 of the league’s clubs in England to state its opposition to the new project.

Mr Masters told the 20 that “this venture cannot be launched without English clubs and we call upon any club contemplating associating themselves or joining this venture to walk away immediately before irreparable damage is done”.

Mr Masters goes on to say in the memo: “We do not and cannot support such a concept.

“Premier League rules contain a commitment amongst clubs to remain within the football pyramid and forbid any clubs from entering competitions beyond those listed in Rule L9, without Premier League board permission.

“I cannot envisage any scenario where such permission would be granted.”

The Premier League has hit out at the plans for a breakaway European league, releasing the following statement: “The Premier League condemns any proposal that attacks the principles of open competition and sporting merit which are at the heart of the domestic and European football pyramid.

“Fans of any club in England and across Europe can currently dream that their team may climb to the top and play against the best. We believe that the concept of a European Super League would destroy this dream.

“The Premier League is proud to run a competitive and compelling football competition that has made it the most widely watched league in the world. Our success has enabled us to make an unrivalled financial contribution to the domestic football pyramid.

“A European Super League will undermine the appeal of the whole game, and have a deeply damaging impact on the immediate and future prospects of the Premier League and its member clubs, and all those in football who rely on our funding and solidarity to prosper.

“We will work with fans, The FA, EFL, PFA and LMA, as well as other stakeholders, at home and abroad, to defend the integrity and future prospects of English football in the best interests of the game.”