Europe’s national teams back in action after 10-month gap 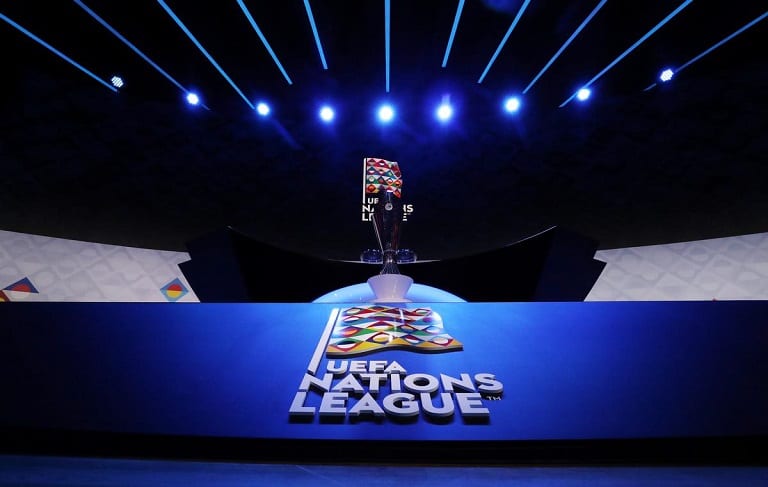 Europe’s national teams will emerge from a 10-month hiatus as the second edition of the UEFA Nations League kicks off this week, still under the shadow the COVID-19 pandemic which brought football to a standstill earlier this year.

There has been no international action in the region since last November and the matches which were played then, such as Italy’s 9-1 demolition of Armenia and Germany’s 6-1 win over Northern Ireland, now seem to belong to a different era.

The intervening period has seen Euro 2020 postponed until next year, while the sport’s European and world governing bodies UEFA and FIFA agreed that club football should take priority as the sport cranked back into action during the summer.

Germany’s clash with Spain in Stuttgart tops the action on the opening day on Thursday while Italy host Bosnia on Friday and, on Saturday, titleholders and European champions Portugal host Croatia and world champions France visit Sweden.

“We will restart with even greater determination,” said Italy coach Roberto Mancini, whose side had chalked up a record-breaking 11 successive wins before the interruption.

“After not playing for so long, there’s even more desire to get back on the pitch and again see the beautiful Italy team which we left behind so many months ago.”

Meanwhile, international football in the rest of the world will remain on hold with all this month’s World Cup qualifiers in Asia and South America having been postponed.

Even if teams arrange friendlies, FIFA said that clubs will not be obliged to release players.

Despite travel restrictions around Europe and a surge in novel coronavirus cases in some countries, UEFA said that all games, bar one, would be played in the originally scheduled venues and practically every association will host a game.

“Most member associations have managed to obtain from their competent national/local authorities exemptions allowing teams to travel to the match venue and their players to return to their clubs after their national team duty,” said UEFA.

The only game to be moved was for political reasons – Moldova’s refusal to recognise Kosovo as an independent nation meaning they will host their match in Parma, Italy.

Matches will still have to be played behind closed doors and there are potential complications if players test positive for COVID-19 before matches.

UEFA says that matches will go ahead as long as both teams have at least 13 players available. However, teams who are not able to field a side could forfeit the match, the final decision resting with UEFA’s disciplinary committee.

The Nations League, intended to replace lukewarm friendlies, features all 55 of Europe’s national teams divided into four divisions — Leagues A to D — that are themselves split into four groups. There is relegation and promotion between each league.

The first edition, held in 2018-19, proved an unexpected success, thanks to the short, snappy format.

UEFA has already modified it, however, by increasing all the groups in Leagues A, B and C from three to four countries so that teams will play six matches between September and November, instead of four, which could detract from the drama.

The competition could also provide a back door to the 2022 World Cup as two of the 12 places in the European playoffs will be reserved for teams from the Nations League.