Everton keep it perfect with win at Palace 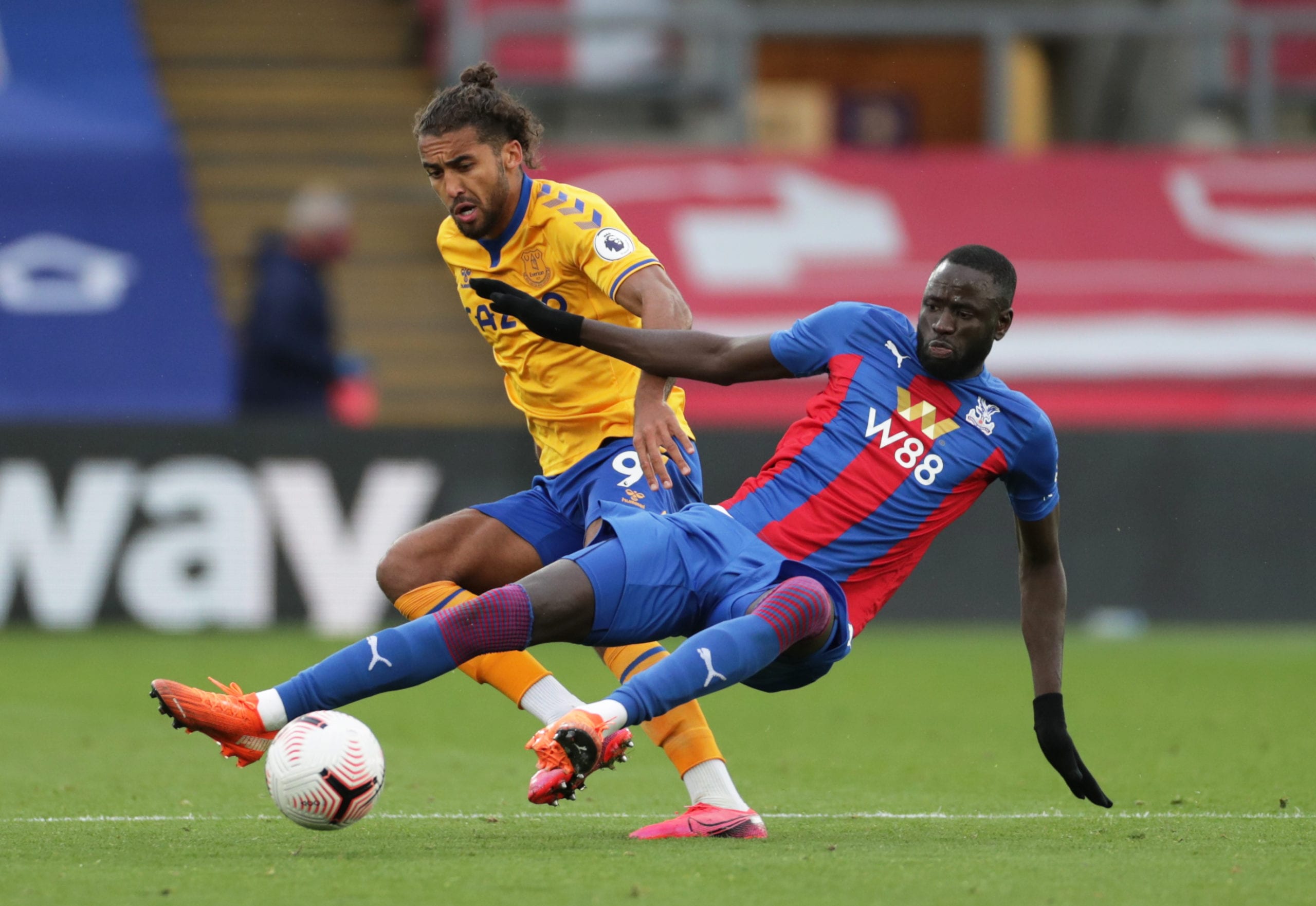 Everton continued their perfect start to the season with a deserved 2-1 victory against Crystal Palace at Selhurst Park.

Dominic Calvert-Lewin’s fifth league goal of the season opened the scoring for the Toffees following neat build-up from James Rodriguez and Seamus Coleman.

Everton had chances to extend their lead in the second half, but Calvert-Lewin shinned Rodriguez’s corner past the post before Colombian Rodriguez had a goal-bound shot blocked by Mamadou Sakho.

Palace saw more of the ball in the closing stages but failed to trouble Jordan Pickford in the Toffees’ goal.

The win lifts Carlo Ancelotti’s side to the top of the Premier League.

This is the first time Everton have won their first five fixtures of a season since 1938 – and the first time they have started a top-flight campaign with three successive victories since 1993-94.

The Toffees were made to work hard against a Palace side who themselves had started the season with back-to-back league wins, but Ancelotti’s team fully deserved the three points.

The visitors – unchanged from last weekend’s win over West Brom – were quick to gain a stranglehold on possession and took the lead when Rodriguez’s first-time pass released Coleman, whose cut-back was tucked home confidently by Calvert-Lewin.

The 23-year-old is the first Everton player to score in three consecutive matches at the start of a season since Steven Naismith did so in 2014-15.

Calvert-Lewin should have doubled his tally in the second half when he beat two Eagles defenders to a Rodriguez corner, but he failed to direct his effort on target.

Michael Keane then appeared to get in the striker’s way from another Rodriguez delivery moments later, allowing Jordan Ayew to clear the danger.

Though pleased with his side’s overall performance, Ancelotti will be disappointed with the manner of Palace’s first-half equaliser, with Kouyate rising unmarked to nod Andros Townsend’s corner past Pickford.