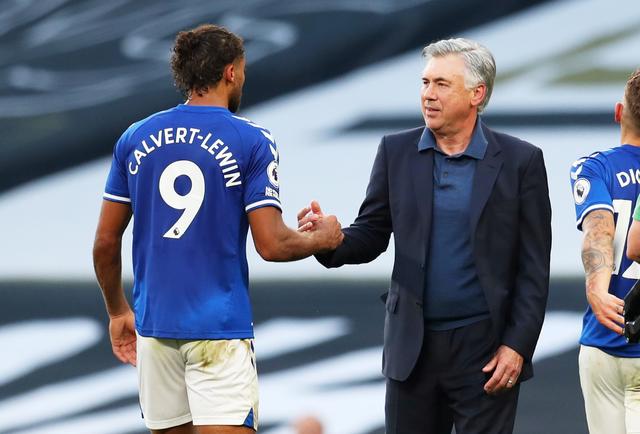 Everton manager Carlo Ancelotti was named Premier League Manager of the Month for September and said their strong start to the season can be the ideal launch pad to push for a European spot.

Ancelotti’s side have set the early pace in the top flight with wins over Tottenham Hotspur, West Bromwich Albion and Crystal Palace last month, before they defeated Brighton & Hove Albion on Saturday to maintain their perfect start.

“The key was the first match at Tottenham. That victory increased our confidence. We worked well in the transfer market. We signed players we need… they’ve adapted really fast,” the Italian coach said in a Premier League statement.

“Our target is to reach Europe next season and to stay at the top for as long as possible… We’ve started really well and we hope to continue it and to win this award again.

It is the fifth time the 61-year-old has claimed the prize, with his four previous awards coming during his time at Chelsea.

Everton striker Dominic Calvert-Lewin, 23, won the Player of the Month prize for September, marking the first time the Merseyside club have claimed both awards since Phil Jagielka and manager David Moyes did so in February 2009.

Calvert-Lewin, who scored on his England debut in Thursday’s 3-0 friendly win over Wales at Wemmbley, netted five league goals last month and was also on the scoresheet versus Brighton.