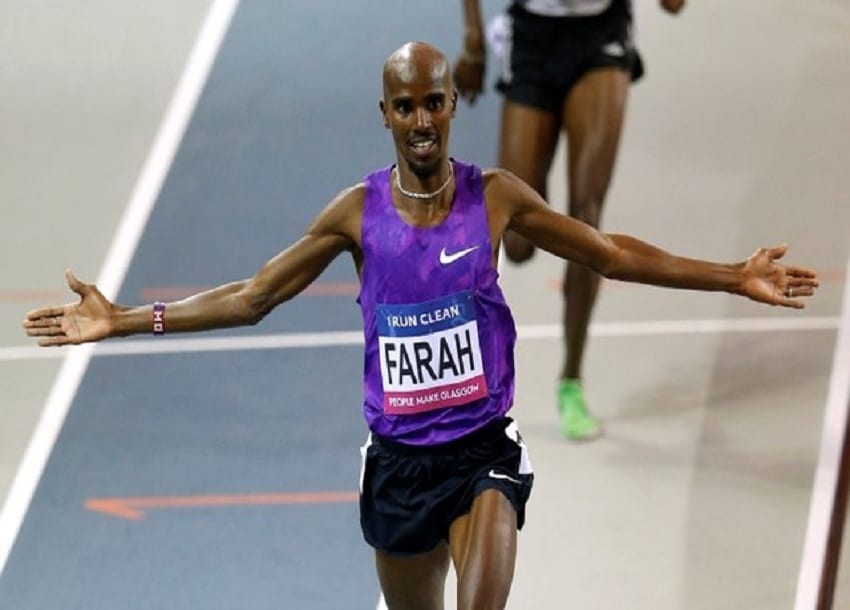 Britain’s double Olympic champion Mo Farah surged into the lead with 60 metres remaining to claim victory in the fastest 10,000 metres of the year at the Prefontaine Classic Diamond League on Friday.

Farah shook off a valiant challenge by Kenyan William Sitonik to win his first outdoor race of the year and kept alive a five-year winning streak at the distance as he clocked an Olympic-qualifying time of 26 minutes, 53.71 seconds.

“I don’t want to lose here,” said the Briton, who trains in nearby Portland, Oregon.

Though Farah claimed victory on a crisp, cool evening, the 33-year-old Olympic favourite was not overly delighted with his performance.

“It was good to run sub-27 (minutes),” he said. “But honestly, I was kind of disappointed. I was hoping to run a lot faster than that.

“Sometimes, you know, it’s your first race and then I have to make the decision to continue pushing… or try and win the race.”

He also was a little disappointed that the race had not attracted a stronger field in which to open his outdoor season.

Farah, who said he was in great shape, stayed near the front until slightly past mid-race before dropping a little behind the leaders.

He worked his way back to the head of affairs with less than three laps to go and led at the bell before the 22-year-old Sitonik, the 2012 5,000 metres world junior bronze medallist, surged past Farah with 250 metres remaining.

Sitonik was never able to open up a significant gap when he kicked for home, however, as Farah moved up a gear and eased back past his rival on the home straight.

“I felt good at the beginning. Then about mid-race, I kind of felt like, not sluggish, but didn’t quite get moving,” Farah added. “It was hard to pick it up.

“Farah will continue his preparations for the Rio Games with a 3,000m in Birmingham, England next week as he looks to defend both his 5,000m and 10,000m titles in August.

In another highlight, U.S. world champion Joe Kovacs uncorked the three longest outdoor throws of the year to win the shot put, hitting 22.13 metres on his final attempt.

Kovacs finished a heart-breaking fourth in the 2012 U.S. trials to miss the Olympic team but is hoping things will be different this year.

The meeting continues on Saturday with key sprints and hurdles races topping the bill.