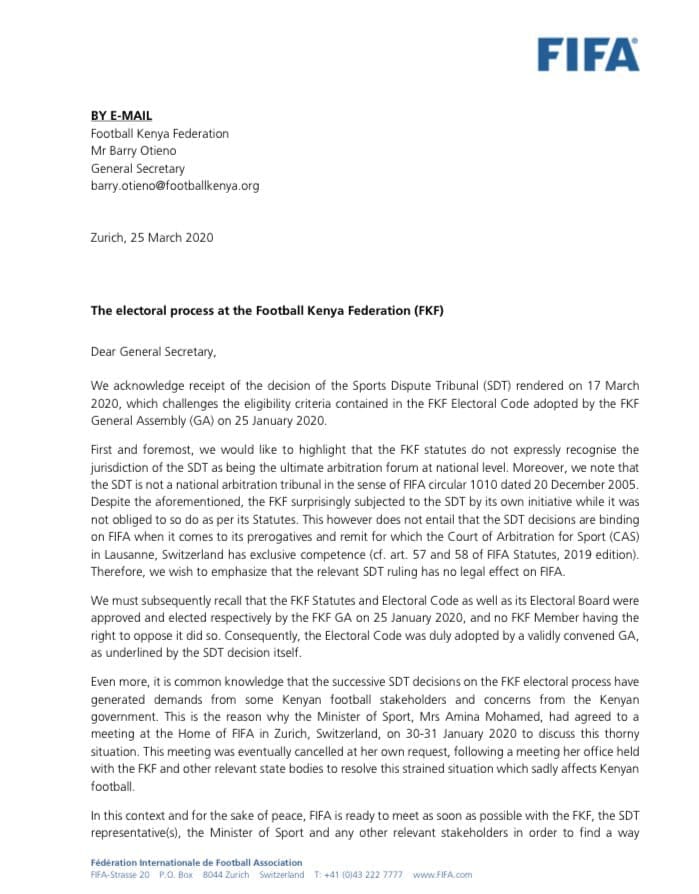 In a letter dated 25th March, 2020, FIFA has in a move that leaves more questions than answers on the jurisdiction of the SDT over FKF, stated that the ruling has no legal effect whatsoever.

Poignantly, the FIFA now wants to meet FKF, SDT representatives and Government of Kenya (understandably the Ministry of Sports) to determine the future of the federation.

This means that FKF president Nick Mwendwa and his NEC members can now sit after the meeting to deliberate on the road map to elections, if the meeting will bear such a direction.

Ohaga, on March 17 cancelled FKF repeat polls and ordered the federation to communicate to FIFA the decision that proposed appointment of a Normalisation Committee to steer the nation’s football matters before a new office was duly elected.

Reacting to the ruling,Mwendwa thanked FIFA for thee quick response that he says has cleared the “confusion that came with the ruling.”

“FIFA has spoken. It is clear we have an office in place and we continue doing working until the time we get to the next level hopefully after this coronavirus pandemic. Our relationship with the SDT is not very stable now, because we have seen a number of rulings not only in our federation but even others like swimming and athletics that are very questionable. Thus, we will be seeking advice from FIFA on the way forward regarding their role on our matters,” told Mwendwa. 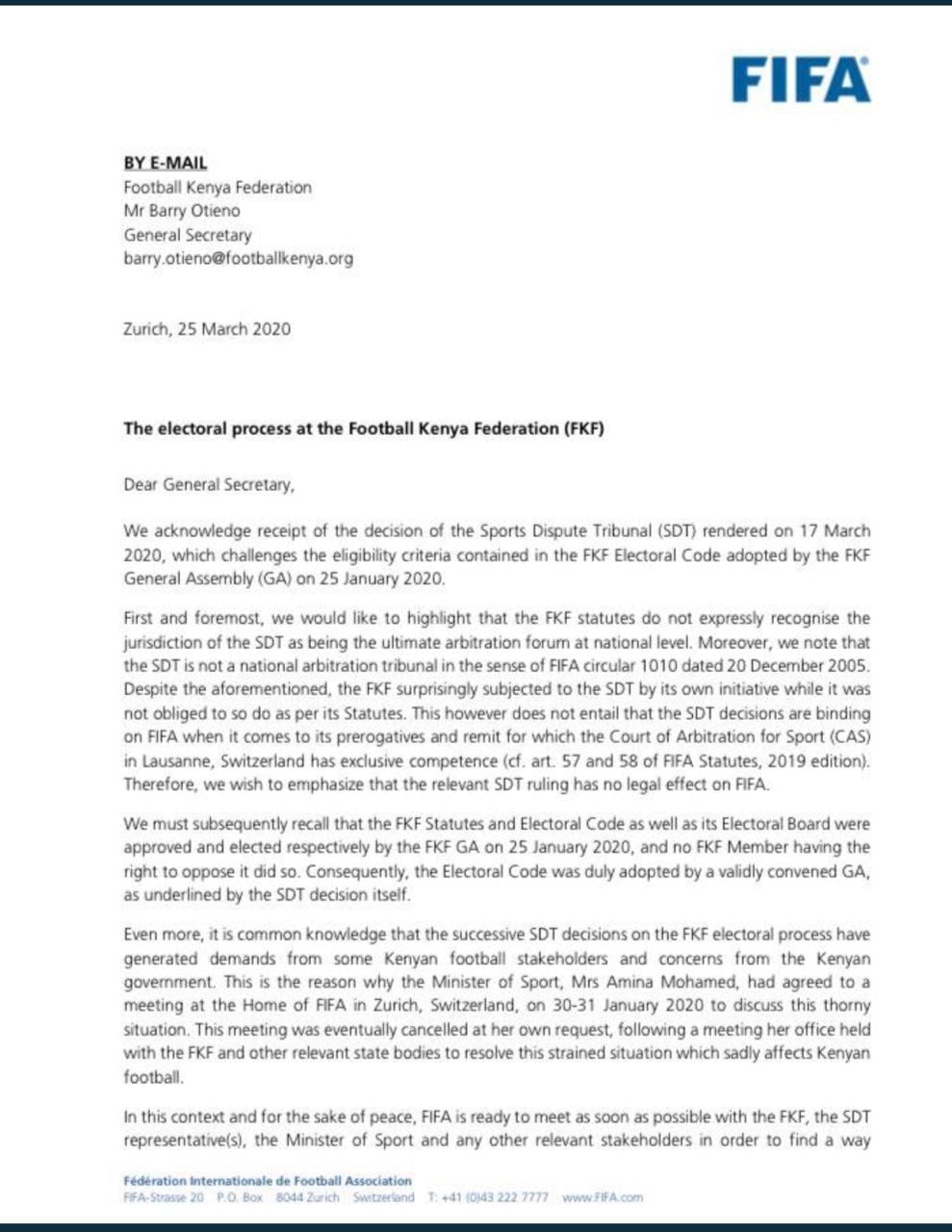 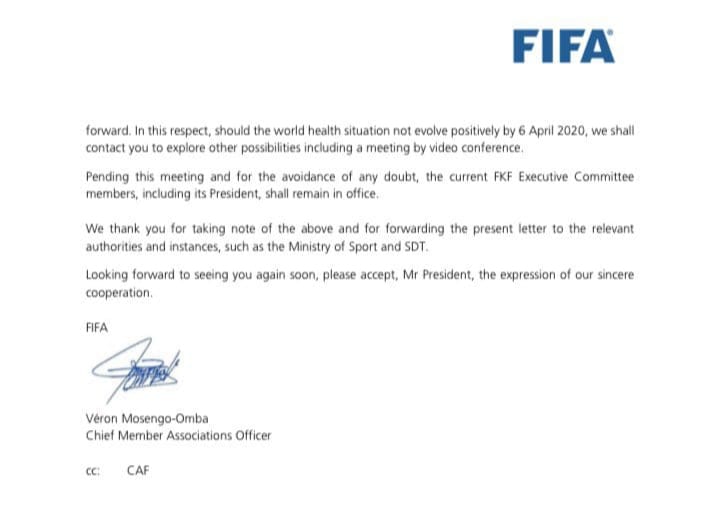 Above is the letter by FIFA to FKF

Mwendwa further said he belives the Government will support their efforts to have the electoral process completed now that FIFA seeks to have them in the consultative meeting.

“We will tell the Government our stand, and its is simple. We want to conclude the elections which had gone up to the County level before the SDT ruling. We believe the Government would also want us to move forward, because we cannot stagnate in a process that started in August last year,” added Mwendwa. 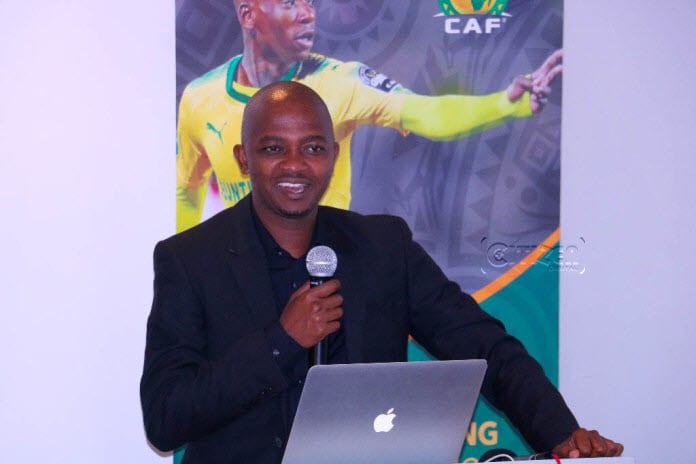 Mwendwa insisted even though FIFA is not bound by SDT rulings as stated in the letter, the federation could not ignore their mandate hitherto.

“We went to them (SDT) because we respect the laws of the land, and that’s why we agreed even with the first ruling to cancel the December 2019 elections. No one would have claimed lack of confidence with a tribunal just without seeing anything questionable,” he elaborated. 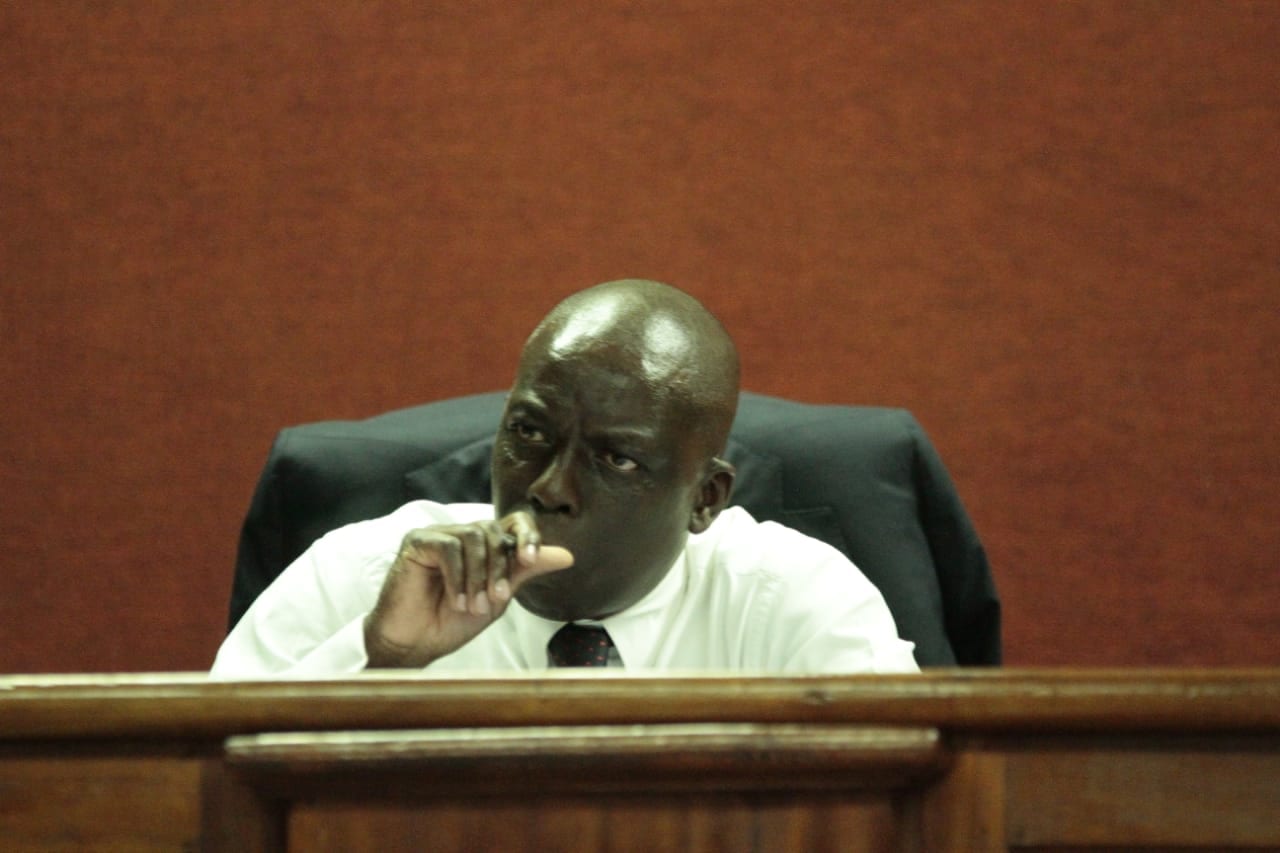 If finally the meeting that FIFA has sought with the three institutions endorses the electoral process that was put to a halt, Mwendwa will be unopposed in the presidential race as no one else presented his nomination papers to the Electoral Board before the deadline.

The bone of contention that led to nullification of the elections by Ohaga was the eligibility of candidates, with the tribunal stating the requirements laid down unreasonably locked out potential candidates hence contradicting the spirit of political competition as enshrined in the constitution of Kenya.

Efforts to reach the former FKF president Sam Nyamweya who is challenging Mwendwa for the federation top job albeit so far outside the ballot path, proved futile.