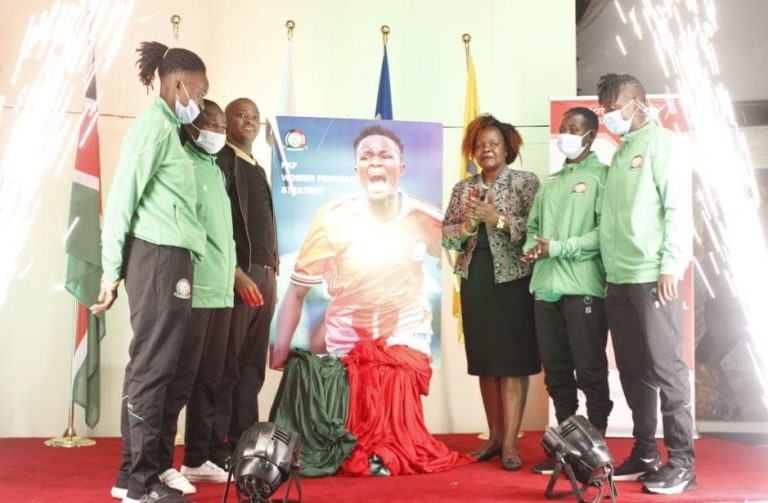 Football Kenya Federation (FKF) has launched the women football strategy to help highlight and grow the potential of women’s football in Kenya.

The launch on Wednesday brought together all stakeholders of women football in which the Head of the Women Football department, Doreen Nabwire took them through what the strategy entailed.

“We re-introduced Women Football competitions, that played a key role in ensuring Kenya’s qualification for the  2016 Africa Women Cup of Nations and winning the 2019 CECAFA Women Championships.

“These achievements coupled with an increased number of our female football players scouted in some of Europe’s top leagues and the need to cement the country’s position as a women footballing powerhouse, has prompted the crucial need for a strategic approach, aimed at holistically and consistently developing the women’s game, in order to complete, sustain, and continuously grow its success both at the national and grassroots level,” FKF president Nick Mwendwa said.

With a vision to rise in CAF and FIFA rankings, a mission to popularize the game and make it the number one choice for girls/women’s team sports in the country, professionalize the entire scope of the women’s game, and ensure regular qualification to all major regional and international tournaments.