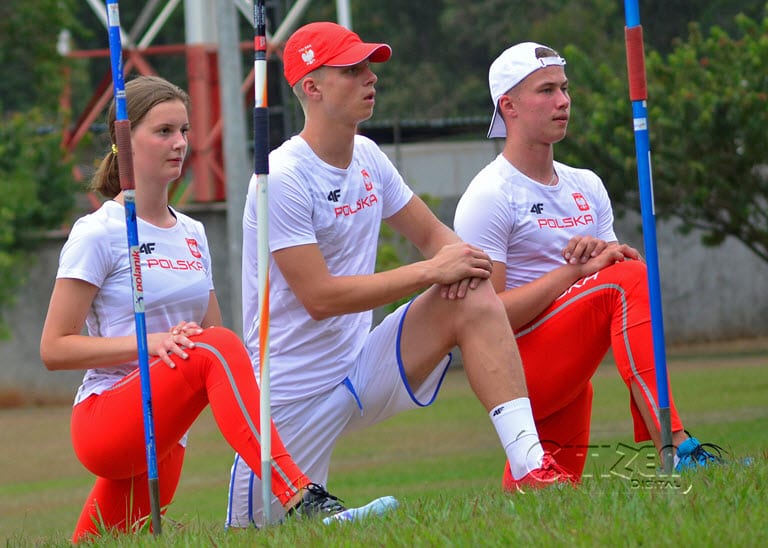 It was an eventful year for Kenyan track and field athletes as they played host to the IAAF World Under-18 Championships.

At this competition, on home soil, they conquered and relinquished some of their World titles won in London but ended the year with Diamond League series trophies.

According to Team Kenya coach Peter Gikonyo, the toughest challenge he’s ever faced was coaching and competing at home with too many distractions in the form of “other coaches” which ended up messing the young athletes who were making their international debuts.

However, the distractions did not prevent Kenya from bagging a total of 15 medals; four gold, seven silver and four bronze –  claiming a fourth position, behind guest teams South Africa and China who tied at the top with 11 medals apiece. Cuba came third with eight medals, five of which were gold.

Some of the athletes who stood out during the championships include who won gold in the 1,500m and inspired his elder brother, Elijah Manangoi, to bag a World title in London a few weeks later in the same event.

, while Jackline Wamboi and Lydia Jeruto Lagat closed the five-day championship in delight after winning gold and silver in the girls 800m, while Mary Moraa, famously known as ‘Kisii Express’, won the country its lone medal in the sprint, bagging silver in the 400m.

At the inaugural championships in Bydgoszcz, Poland, in 1999, Kenya finished at the top of the medal table with 10 medals; five gold, two silver and three bronze.

Team USA won the next four Championships before Kenya reclaimed leadership during the sixth edition that was held in 2009 Brixen, Italy, topping the table once again with a total of 14 medals; six gold – Kenya’s highest ever tally in such competitions, seven silver and a bronze.

While USA won the 2011 and 2015 editions, Jamaica topped the table for the first time in 2013, same as South Africa who took the crown at Kasarani event.

But away from the grandeur of hosting the competition, several months later, suppliers and service providers have grown impatient with the Local Organising Committee, steered by former rugby boss, Mwangi Muthee, and the Ministry of Sports Art and Culture over unpaid dues.

A source at the Ministry revealed that payments have been delayed because the LOC is yet to surrender the imprest and give out a report on the championship, leading to the conundrum.

The monetary haggles aside, Kenyans from all walks of life will remember the event for the sense of patriotism it injected into them as thousands thronged the multi-purpose Moi International Sports Centre, Kasarani to watch the competition and cheer their compatriots,  setting an IAAF attendance record for a junior competition.