Football agents to pay Ksh100,000 to trade in Kenya 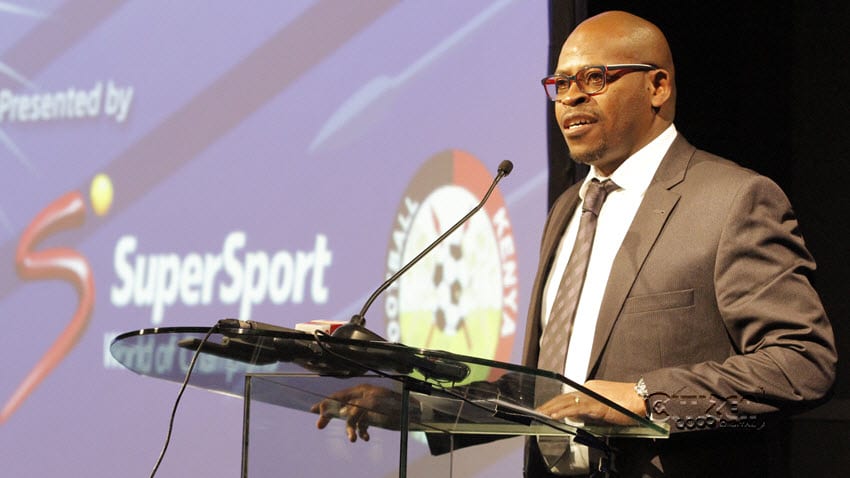 Agents representing Kenyan football players will now be required to fork Ksh100,000 per annum payable to the local federation besides presenting proof of binding contracts with their clients before being registered.

This is according to a set of guidelines released on Friday by Football Kenya Federation (FKF) that seek to regulate the relationship between agents, referred to as ‘intermediaries’, the players and governing body.

“In line with Fifa regulations on intermediaries, FKF has today released a memorandum outlining its intermediary regulations beginning September 01, 2016. Fifa now defines agents representing clubs or players in negotiations related to player employment contracts (either individuals or organizations) as “intermediaries.”

“Intermediaries are any natural or legal persons who, for a fee or free of charge, represent players and/or clubs in negotiations toward concluding an employment contract or transfer agreement. Under FIFA Regulations,” said FKF CEO Robert Muthomi in a press statement.

Players are obliged to submit details of their contracts with intermediaries to the federation, failure to which the affected individual will face an unspecified penalty.

George Bwana, an agent who has worked with several players including Harambee Stars and Tusker strikers Allan Wanga and Jesse Were as well as Ugandan Khalid Aucho, has welcomed the new code but expressed reservations with some of its provisions.

“This is a very important step; it should have been implemented like yesterday. Player’s exploitation by either the clubs or intermediaries can be easily monitored by the federation.

“One thing that I picked straight in the whole document is the fees; it is very high for Kenyans who would like to become intermediaries. Initially we used to pay Ksh35,000 so the increment is very big.

“I know the federation may argue the big amount will keep off jokers who are sincerely many in the industry, but honestly the amount unfairly high,” told Bwana.

Another agent speaking on condition of anonymity told Citizen Digital the figure is unreasonable comparing with other countries in East Africa.

“I agree FIFA granting local federations the authority to oversee registration an operations of intermediaries will protect unsuspecting players from people without their interest at heart.

“It however, makes no sense to charge that large amount while our neighbours Uganda and Tanzania are charging Ksh20,000 and Ksh3500 respectively. If the intermediary is an agency the fee is acceptable because it is more of a group, but an individual cannot be charged that high,” asserted the agent.

Most soccer powerhouses in Europe charge relatively low compared to Kenya. In Belgium, charges are approximately Ksh 50,000, while England and France charges twice as much.

Meanwhile, the agents have called upon the federation to sensitize the relevant stakeholders on the new rules, saying most of the players have no clue of what happens between clubs and intermediaries.

“Most of our players are ignorant about the present and the past rules therefore they easily fall prey to brokers in the industry. That’s why sometimes contracts are terminated by clubs unduly and the player is left alone.”

Kenya Footballers Welfare Association chairperson Innocent Mutiso was reserved in his views on the new rules, despite accepting they are for the good for players.

“I will authoritatively talk about it after the annual general meeting on October 15 when we discuss it at length. What I know the player will be the biggest beneficiary because if the intermediary has to pay that amount and he gets his share from the player’s income then the salaries must be relooked at in our local clubs,” the former Gor Mahia player said.

Registered intermediaries will be required to renew their registration after every one year, at Ksh 30,000.

Other requirements for registration include; a detailed C.V, a certified copy of Certificate of Good conduct, two photocopies of clear and legible identification (passport, Identification Card etc) as well as a signed and dated copy of the FKF Intermediary Code of Professional Conduct; and registration form.

They should also possess a signed and dated copy of the FIFA Intermediary Declaration form whole foreign applicants must present a valid work permit.

A tax compliance certificate from Kenya Revenue Authority is a mandatory requirement.