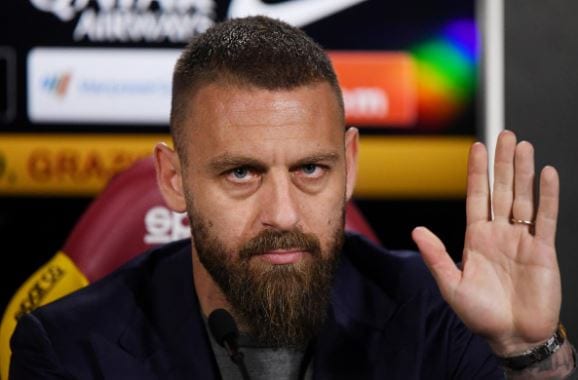 Daniele De Rossi has joined Boca Juniors on a free transfer following the Italian midfielder’s departure from Serie A side AS Roma after nearly two decades, the Argentine club have announced.

De Rossi, who turned 36 on Wednesday, led Roma for the final time in a 2-1 victory over Parma at the Stadio Olimpico in May and finished his stint in the Italian capital with 616 appearances in 18 years.

Boca confirmed the transfer in a series of social media posts with pictures of De Rossi wearing the club’s blue and yellow colours.

World Cup winner De Rossi, behind only Francesco Totti (786) in appearances for Roma, had rejected a director’s role at the Italian club last season after his contract was not renewed.

De Rossi won Coppa Italia titles with Roma in 2007 and 2008 and narrowly missed out on a Serie A crown in 2010, when they led the table with four games to go only to be overhauled by Jose Mourinho’s Inter Milan.

He played 117 games for Italy, making him their fourth most-capped player, and came on as a second-half substitute in the 2006 World Cup title clash in which they beat France on penalties after a 1-1 draw.