From China to the World Cup? Oscar eyes end to Brazil exile 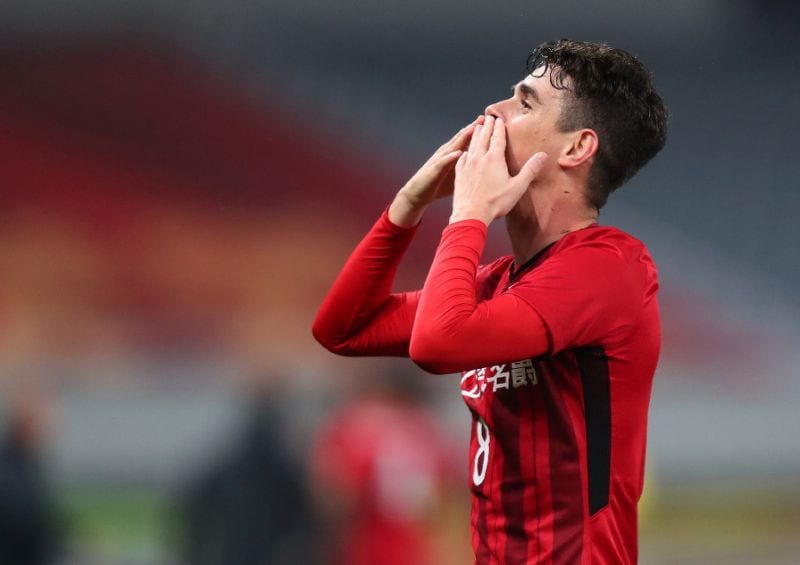 Oscar said he’s hoping to force his way back into the Brazil squad for this year’s World Cup after the former Chelsea star made it five goals in two games for Shanghai SIPG.

The attacking midfielder, who moved to the Chinese Super League (CSL) last year for an Asian-record 60 million euros from Chelsea, has not been picked for Brazil since October 2016.

But with the World Cup in Russia less than 100 days away, the 26-year-old has made a spectacular start to the new season in China, scoring a hat-trick in SIPG’s opener at the weekend in an 8-0 thrashing of Dalian Yifang.

He followed that up with both goals in a 2-2 home draw with Ulsan Hyundai of South Korea in the AFC Champions League on Wednesday and said afterwards: “I am very happy that I am in good form.

“I have played for the Brazilian national team for five years and this year is World Cup year so I think I have the opportunity to go for that.

“What I need to do is keep in good form for SIPG and keep playing the way I am now.”

SIPG coach Vitor Pereira also pushed Oscar’s hopes of ending his time in the international wilderness, saying: “Oscar is a player who can make me smile all the time during the game.

“Oscar’s ability is beyond doubt. If I was coach of Brazil, he would definitely be selected.

“As the coach of SIPG, I am very happy working with him.”

Oscar has 48 caps and 12 goals for Brazil, but national coach Tite appears unconvinced and already has a wealth of attacking options.

There were suggestions that Oscar ruined his chances of playing again for his country when he moved to China.

Midfielder Paulinho was a mainstay of the Brazil team when he moved from Guangzhou Evergrande to Barcelona last summer.

SIPG striker Hulk has not played for Brazil since June 2016 but will also be hoping to catch Tite’s eye as the clock counts down to the World Cup in June.

Brazil are in Group E in Russia with Switzerland, Costa Rica and Serbia.