Harambee Stars coach Francis Kimanzi has expressed satisfaction in the Harambee Stars squad that is in camp ahead of the upcoming CECAFA Senior Championship, to be held in Uganda.

The coach pointed out that its full house in camp and all is now set for the tournament which kicks off starting this weekend.

Stars entered day two of residential training on Tuesday, at the MISC Kasarani, with coach Kimanzi looking forward to the possibility of retaining the trophy.

“Everyone who was called up to the camp has reported and is training hard for the tournament. We are looking forward to retaining the trophy we won in 2017,” told Kimanzi. 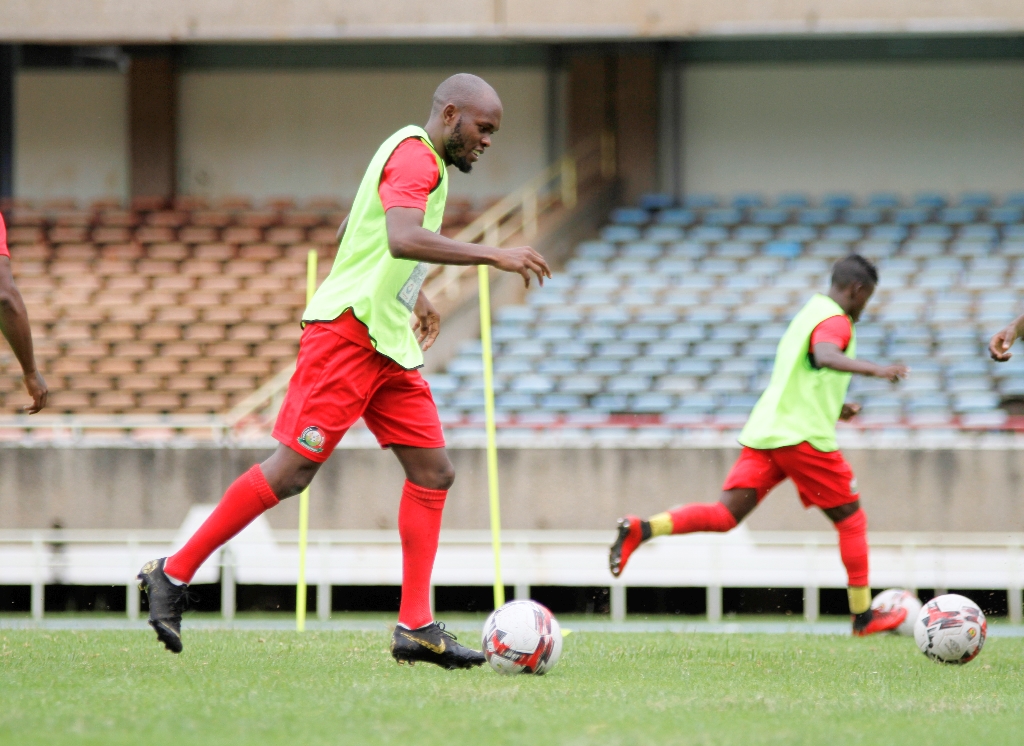 Harambee Stars midfielder Whyvonne Isuza in action during the teams training session on Tuesday at the MISC Kasarani. Photo/ Courtesy of FKF.

“We are preparing well for the championships and we will do our best to defend the trophy,” said Isuza.

Kenya has been pooled in Group C alongside Tanzania, Djibouti, and Zanzibar.

Group A is comprised of hosts Uganda, Burundi, Ethiopia, and Eritrea, while Group B will pit guest team DR Congo against Sudan, South Sudan, and Somalia.

The top two teams in each group, as well as two best losers from the three groups, will proceed to the tournament’s quarterfinal.