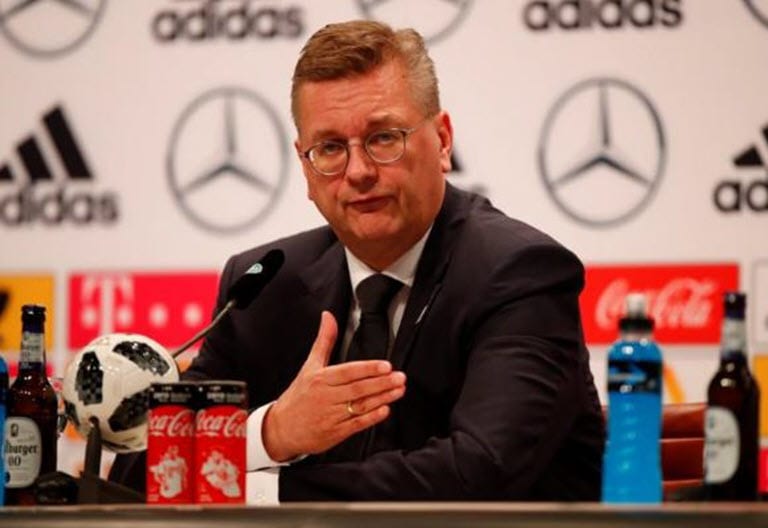 German Football Association (DFB) head Reinhard Grindel on Thursday said he should have made clearer that racism is unacceptable after midfielder Mesut Ozil quit the national team citing “racism and disrespect” over his Turkish roots.

Ozil, who plays for English Premier League club Arsenal, was widely criticised for having his photograph taken with Turkey’s authoritarian President Tayyip Erdogan in May.

Ozil and Ilkay Gundogan, a team mate of Turkish descent who also posed with Erdogan, were jeered by German fans in warm-up games before the World Cup in Russia.

Grindel rejected Ozil’s accusations of racism against the DFB but said he regretted the photograph had been misused to justify “racist words” but did not go into any details.

“In retrospect, as the president I should have clearly said what is obvious for me personally and for us as an association, namely that any form of racism is unbearable, unacceptable and intolerable,” he said in a statement.

The 29-year-old’s decision to quit has triggered a public debate in Germany about its relations with its largest immigrant community, with Ozil being a key member of the team that won the World Cup in 2014 and also being voted German Player of the Year a record five times through public ballots.

Some politicians and the leader of the Turkish community in Germany had called for Grindel to resign but there were others who said Ozil’s racism claims were out of place. 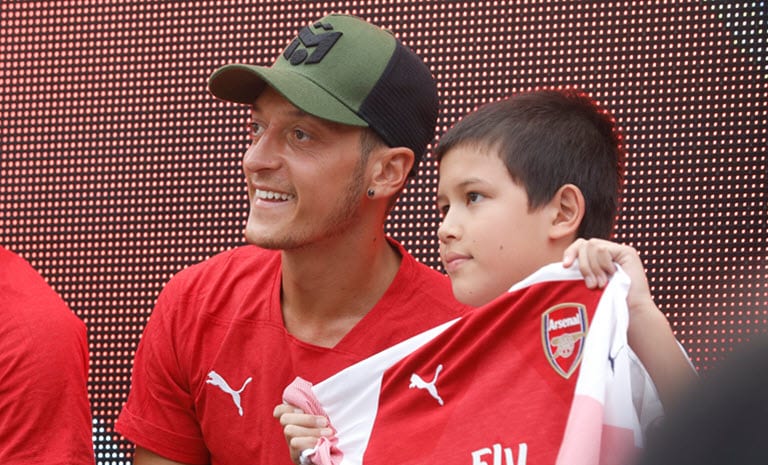 Earlier this week, a spokeswoman for Chancellor Angela Merkel said the Germany was a “cosmopolitan country” where people with migrant backgrounds were welcome and sport played a big role in integration. She added that Merkel valued Ozil as a “great” footballer.

But German Foreign Minister Heiko Maas questioned the debate by saying: “I don’t believe the case of a multimillionaire living and working in England gives much insight into the success or failure of integration in Germany.”

Erdogan has said the treatment of Ozil was racist and unacceptable.

Ozil said Grindel had blamed him for Germany’s group stage elimination from this year’s World Cup, their earliest exit from the tournament in 80 years, and considered him a German when the national team won but an immigrant when the side lost.

Grindel said the personal criticism had affected him.

“I feel even more sorry for my colleagues, the many volunteers and staff at the DFB to be mentioned in relation to racism,” he said. “I decisively reject this – both for me personally and for the association.”

He said he shared the DFB’s values of diversity, solidarity, anti-discrimination and integration and said that during his time at the DFB he had witnessed how football could help integrate people.

Grindel said the DFB would use the integration debate stoked by Ozil’s departure as an opportunity to redouble its integration efforts.

He also said the DFB would do a sports analysis on the team’s poor performance in Russia and added it hoped to win the bid to host the Euro 2024 tournament – for which Turkey is also bidding. UEFA will hold a meeting on Sept. 27 to choose between them.