Giants of Africa to hold Kenya training in August 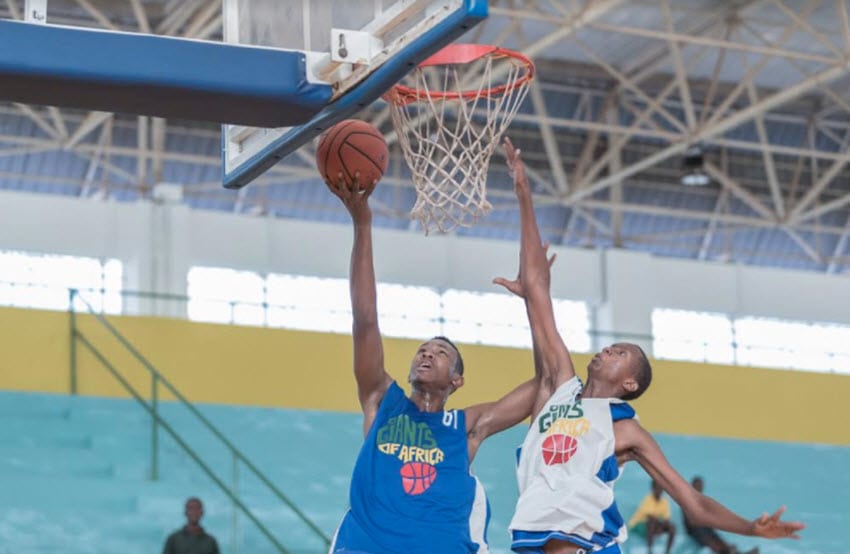 The exercise, which is part of six camps being held across Africa, will take place between August 13-15 and is aimed at enhancing skills amongst young Kenyan players and will also include a community outreach project in Kayole.

“One of Giants of Africa’s fundamental motto is Dream Big. We believe that basketball can be used as a tool to educate and develop youth around the world to accomplish their dreams,” said Giants founder Masai Ujiri.

“In addition to training coaches in each country and building infrastructure, we strive to serve as role models for these kids to learn from and be motivated by hard work. We feel a deep sense of responsibility to help them develop as athletes and be good citizens within their community,” added Ujiri who is also the Toronto Raptors President.

Giants of Africa summer camps ‎also bring together elite and emerging coaches from across Africa and internationally. The skills sessions are tailored to develop aspiring basketball athletes both on and off the court.

Sessions over the course of three days will focus on helping players develop athleticism, enhance life skills, set goals and inspire them to accomplish their dreams.

While in each country, Giants of Africa will be participating in outreach projects in each local community.

In addition to running basketball camps and community outreach initiatives across the continent, the organization will also be screening its documentary of the same name, ‘Giants of Africa’ in Ghana, Kenya, Rwanda and Nigeria.

The film which premiered at the Toronto International Film Festival documents Mr. Ujiri’s 14 year journey to inspire and create opportunities for youth in Africa through basketball.

At the core of the film is the notion of using basketball as a tool to create lasting change and to empower others to dream big, while growing the game in Africa.

A native of Nigeria, Ujiri’s love of basketball paved his way to becoming the first African-born General Manager for a major North American sports team and he never forgot his roots, or the opportunities presented to him.

Inspired by the NBA’s ‘Basketball Without Borders’ program, Giants of Africa exists to create those same opportunities for not only African youth, but also for coaches and mentors who go back to their own homeland to influence future generations.

Since the Giants of Africa camps began more than 100 camp attendees have moved on to high school or university in the United States, with around 20 now playing professionally in Europe.

Giants of Africa 2017 camps will be made possible with the support of partners including the NBA, Nike, Nestlé Milo, Ecobank, MLSE Foundation and Sportscorp Travel.

Giants of Africa was founded in 2003 to make a difference for kids in Africa using basketball as a tool. The organization’s mission is to use the game of basketball to educate and enrich the lives of the African youth by providing quality facilities, coaching and instruction.