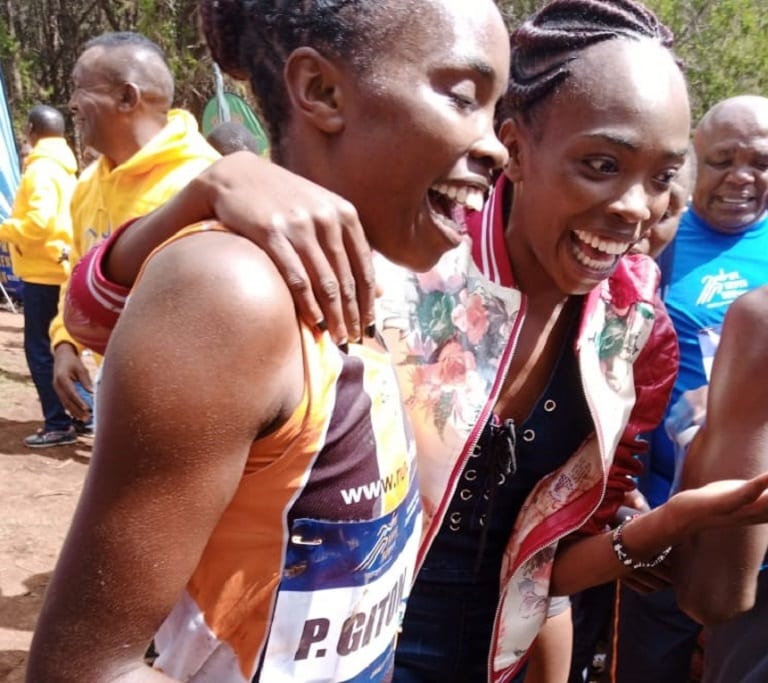 Emanuel Bor from Nandi County won the men’s category to join Gitonga as the first ever winners of the inaugural race with each bagging Sh500,000 prize money.

Gitonga clocked 53:13:64 for her victory after braving the muddy and slippery tracks of Mt Kenya with Murigi (53:32:04) and Esther Waweru (54:25:03) finishing second and third respectively.

“The race was great. I had trained so hard for the past one week just to acclimatise with the weather up here. I was ready and am so happy to have won. This was some good preparation for my upcoming races,” a jubilant Gitonga said post-race.

Bor clocked 46:20 to hold off Martin Magu who was a close second in 46:36:02 while Dennis Kemboi of Trans Nzoia County rounded off the top three places after closing the tape at 46:48:05.

Speaking to Citizen Digital after the duel, Bor reflected on the tough challenge experienced on the new track while lauding the organizers for the opportunity presented to the athletes.

“The race was tough with lots of challenges. It’s so hilly and muddy and I had to be extra keen to navigate the mountain track and win. Am so excited.”

Other winners in different categories included;