Gor dismiss Sofapaka, out to bag KPL crown against Leopards 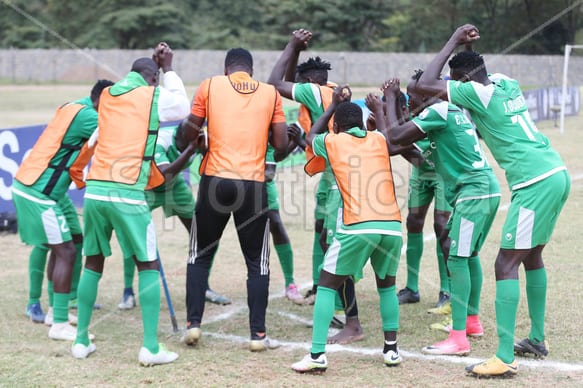 Gor Mahia are just two points away from clinching an unprecedented 17th league title after thumping ten-man Sofapaka 3-0 at the Narok Stadium.

Joachim Oluoch, Innocent Wafula and Samuel Onyango were on the mark hauling Gor’s points tally to 68, 20 ahead of second placed Bandari as Sofapaka stick to fourth on 44 points.

Courtesy of their win, K’Ogalo will claim the league title on Saturday against AFC Leopards if they beat the latter in Saturday’s Mashemeji derby.

Gor’s coach Dylan Kerr made wholesale changes to his squad, with the a game against AFC Leopards dubbed the ‘Mashemeji derby’ this Saturday in mind before heading out to Algiers, Algeria for their CAF- Confederations Cup assignment.

Batoto ba Mungu had the opportunity to go infront in the 13th minute from the penalty spot but Fredrick Odhiambo, between K’Ogalo’s sticks, denied the striker to keep the tie at 0-0.

Gor Mahia who had their midfield and even defence breached on several occasions laboured for chances at the other end but when they did, they were frightening, coming close time and again.

Wesley Onguso forced Sofapaka Wycliffe Kasaya to a fine save at the bottom left side of the net from a curved free kick in the 36th minute.

On the brink of half time, Oluoch pounced on the rebound after a defensive mix from a corner to give Gor the lead.

Moments later, Odhiambo, In Gor’s goal was in full stretch to keep a looping ball from giv ing Sofapaka the equaliser.

On the restart the John Baraza coached side came out fighting coming close on two occasions but the K’Ogalo rearguard did just enough to keep them at bay.

However their determination was broken in the 62nd minute when their goalie Kasaya was red-carded for a foul on Lawrence Juma and a penalty awarded and Gor’s Ugandan winger Innocent Wafula stepped up to calmly slot home.

With a man down, Dylan Kerr’s charges made ease of what seemed to be a tough contest, Samuel Onyango adding the third in the 84th minute to wrap up the afternoon.