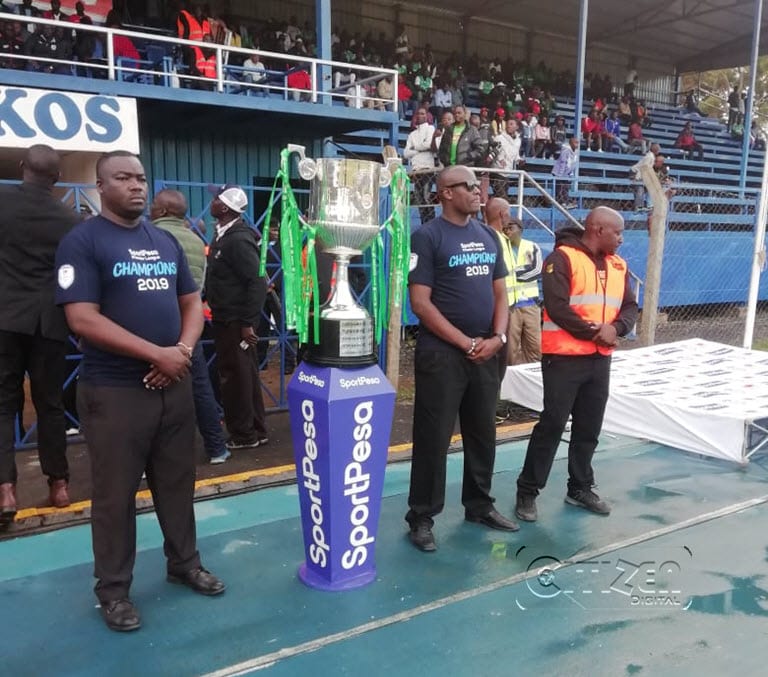 Under the cloudy skies of Machakos, at the 15,000 seater that is Kenyatta Stadium, Gor Mahia, the glamour club of our shores were crowned the Kenyan Premier League champions for the third straight year and the 18th time in their history.

Their sparkling run this term has seen them win 21 matches, draw eight and lose four to amass 71 points, was enough to cart the gong, locking out chasing pack Bandari and Sofapaka who had otherwise shown much appetite  for the title but could not march up with their cruising speed.

Gor effectively claimed the title mid-week on Wednesday when they drew 1-1 with Vihiga United at the same venue after Bandari and Mathare United also shared the spoils at the Kasarani Stadium.

With Bandari being held, Gor had nothing to worry about as the Dockers, even in the event of winning all their left three matches, could only manage 69 points.

And on Saturday, at the Kenyatta Stadium, Posta Rangers, Gor’s hosts of the evening, did the remarkable sportsmanship, mounting a guard of honour for the champions as the latter trudged from the dug-out on to the pitch.

Could this have meant respect on the pitch?No, on the contrary, Posta simply stuck to the script; in the spirit and respect of the game.

On it, ferocious football was fought, with the mail men, under the captaincy of veteran defender Joakins Atudo, giving a fair share of the battle.

It was however the ‘kings’ of the day, Gor, who made a bright start and especially looked dangerous from set pieces early on with both Nicholas Kipkirui and Charles Momanyi going close from headers off Samuel Onyango’s pair of corner kicks.

Onyango himself then flashed an effort inches wide from a tight angle but the goal that had been coming finally arrived when Bernard Ondiek bundled in a header after an initial effort had ricocheted off the crossbar. 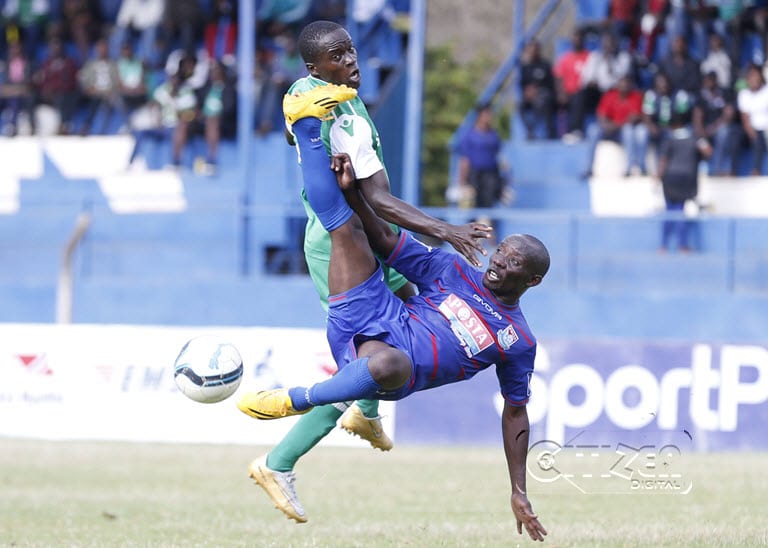 Posa nearly found an instant reply from a rare break and Gerson Likono did well to to pull Pascal Ogweno’s attention away from Francis Nambute before teeing him up only for the latter to drive his shot off target.

The hosts did hit back at the stroke of half time after capitalising on a missed clearance with Peter Nganga heading beyond Boniface Oluoch into the net in his far right, connecting sweetly to Simon Mbugua’s cross.

Perhaps more significant is that, with nothing to lose, coach Hassan Oktay elected to have Jacques Tuyisenge begin on the bench  a clear indication the club might be preparing for life without the talismanic Rwandan who is set to depart the club for Angolan outfit Petro.

Francis Kahata, the subject of a push and pull between coach Hassan Oktay and Gor’s management was not named in the squad at all while Philemon Otieno – another regular starter – that could be pushed out of Gor was benched.

Oktay made a double substitution at the restart, introducing Tuyisenge in place of Francis Mustafa and withdrawing Cercidy Okeyo for Otieno who settled in midfield alongside Erisa Ssekisambu while Ogweno continued his role at right back.

Nambute threatened from just outside the area after bringing the ball down under his feet with a beautiful control but his final ball was failed to trouble Oluoch who watched it fly wide.

Kipkirui was completely marked out of the game in the second half and only had one touch to his name before he was rightly substituted off with George ‘Odhiambo’ Blackberry taking his place.

The change almost made an instant impact after Blackberry chested down a clever ball from Otieno but goalkeeper Granus Ochieng read the play well to rush off his lines and thwart the winger.

Ssekisambu then bombed down the right channel and swung a cross into the box but it was headed clear by Jockins Atudo before Ondiek could get any contact on it with an attempted overhead kick.

As the 45 minutes of the second half drew thin,  the anticipation of the Gor fans in the terraces grew stronger, waiting for the real moment of seeing their towering skipper, Harun Shakava, climb the dais to raise aloft the 1.5kg spanking trophy, for the third time, and for keep.