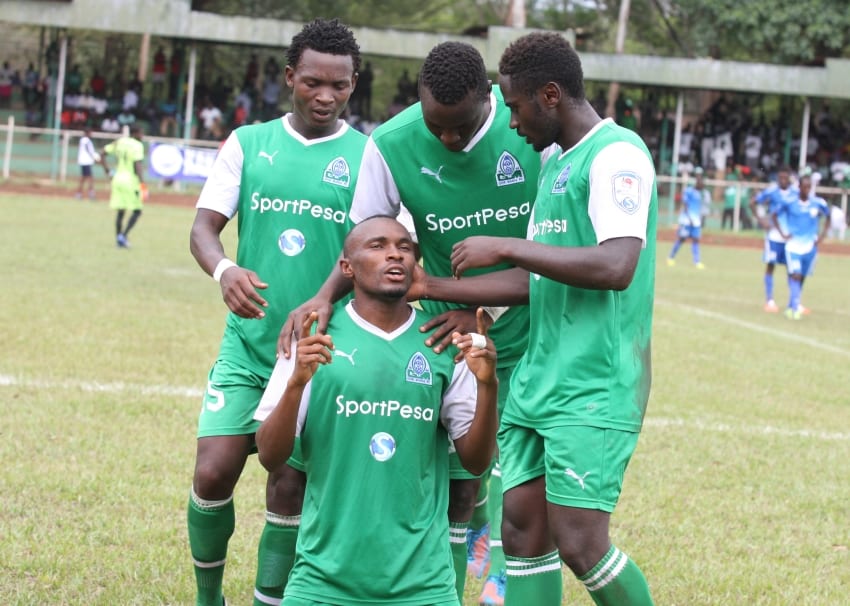 Gor Mahia will be without Jacques Tuyisenge who suffered yet another injury setback as the club prepares for Wednesday’s floodlit league clash against Thika United.

Tuyisenge was the chief architect of the SportPesa Premier League champions first win of the season when they blew Kakamega Homeboyz away 3-0 but was forced off with an ankle injury, with the club officials confirming the new signing will be out for the next two weeks.

The club’s assistant coach Tom Ogweno admits his side will miss the services of the striker after he scored one and set up another for Enoch Agwanda saying Jacob Keli, who made a late cameo against Homeboyz to complete the 3-0 rout was well capable of stepping up for him.

“Unfortunately Tuyisenge will not be available for tomorrow’s match against Thika. He will be out for the next two weeks so we’ll have to do without him. Keli impressed too so I don’t think we’ll have problems upfront,” asserted Ogweno.

Coach Ze Maria who was making his managerial debut for the club in Mumias said the win was a sign of intent from his charges.

“The victory was remarkable and only confirms where we’re heading to. I must say that we are determined to post more victories in the league,” said Marcelo during the post-match interview.

Thika will miss skipper Dennis Odhiambo due to suspension following the red card he received on Saturday against Posta Rangers.

“It’s going to be hard to replace Odhiambo but I think whoever we’ll select to play in his role will be motivated fill the gap effectively,” said Thika head coach James Nandwa.

Nandwa received a major boost in his squad with the return of three of his players from the AFCON U20 Kenya team that played against Sudan.

‘’We have trained well since Saturday’s match against Posta Rangers and most importantly we have the players from the under 20 side back in the team so we have more options. We had our final collective training session this evening and the team looks sharp and ready for tomorrow,” he added.

Nandwa rubbished claims that Tuyisenge’s absence gives his side an edge over the opponents, saying that Gor are collectively a solid team.

The match is scheduled to kick off at 7pm local time (+3GMT) at the Nyayo National Stadium.