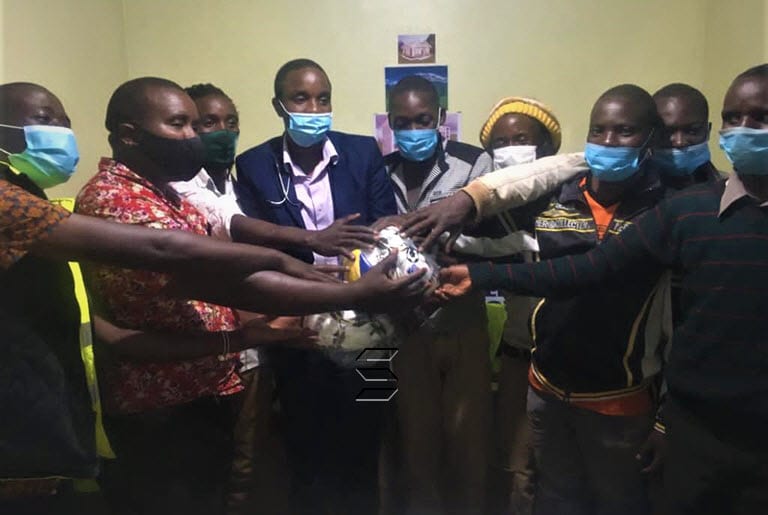 The government  has been urged to relax strict measures put in place to combat the spread of the deadly coronavirus that have severely affected sporting activities across the country.

Joseph Gichui, a celebrated grassroot football sponsor in Juja constituency, Kiambu County, has challenged the Ministry of Sports to instead reorganise itself and come up with contingency measures that will not bring Kenya sports into a halt.

The 32- year-old who is also vying for the Juja parliamentary seat in the forthcoming by-election pointed that European countries are adversely affected by the virus compared to Kenya but sporting activities are ongoing.

“Our government should borrow a leaf from countries experiencing a spike in Covid-19 but sports are still ongoing. There are measures that can be put in place to ensure sports continue uninterrupted by the deadly virus,” he said.

Gichui who is also a medical doctor was speaking while donating uniforms and footballs to a number of grassroot football teams in Juja.  Sportsmen from the area also made an appeal to President Uhuru Kenyatta to lift the suspension of sporting activities which he announced on Friday last week as a mitigation measure to contain further spread of Covid-19.

Led by Francis Mwangi, the captain of Jobless Corner FC that comprises outlawed substances reformers, the players said that most of the rehabilitated youths are kept busy every evening through sports activities.

They regretted that halting of sports activities in the rural areas will occasion rise in crimes and high abuse of drugs and other outlawed substances.

“We don’t know where to take most of the players especially those who were rehabilitated recently. In Witeithie, Juja, illicit brews are sold in sacks and the only way to keep the youth from being trapped to the menace is sports. The announcement by the president hit us hard and we would really urge him to consider people like us who survive on sports alone,” Mwangi told Citizen Digital.

At the same time, the players and sports stakeholders urged the government to expand Kazi Mtaani, the national hygiene programme unveiled by the government in July last year as a form of social protection initiative to cushion the youth and vulnerable citizens in informal settlements from the effects of the coronavirus pandemic.

Currently, beneficiaries operate on two shifts, each working for 11 days a month. They earn Sh455 per day, while supervisors earn Sh505 daily.

The Friday Presidential directive marks the second time sports is being halted after a similar directive in March last year.

It remains unclear how long the ban will be in force.