Gov’t to bar fans from Nairobi World Under-20 Championships 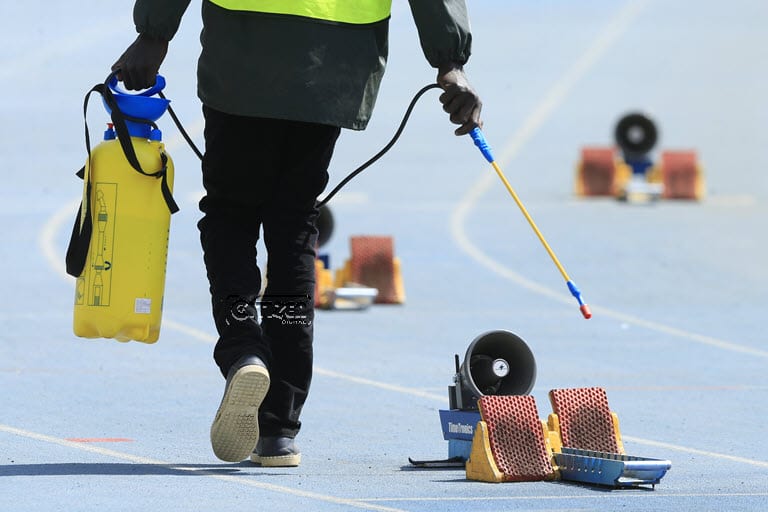 Sports Cabinet Secretary Amina Mohammed has disclosed that spectators will be barred from Kasarani Stadium during the World Under-20 Championships.

With just over a month to the start of the global event, Amina said the prevailing Covid-19 situation in the country has forced organisers to keep fans out of the five-day event due to begin on the 17th of next month.

“There will be no spectators unless the situation changes dramatically for the better and also if we get the green light from World Athletics. Most of the championships being held now are spectator free except for countries that have vaccinated over 50 per cent of their population,” Amina said.

Kenya entered history books when over 60,000 fans flocked Kasarani Stadium during the 2017 World Under-18 Championships.

With the country now experiencing a sharp rise in the virus positivity rate, the CS disclosed that measures have been put in place to cater for athletics faithful.

“It will be very difficult to allow fans since everyone entering the stadium will have to undergo aCovid-19 tests every day just as we did during the trials earlier this month. We have however decided to set up screens in Nairobi and other places for Kenyans to follow the event,” Amina said.

At the same time, Amina said Kenya is on schedule for the championships that will be held for the first time in Africa.

“We are doing a lot of work around the stadium to make sure we have everything in place ahead of the championships and I believe we are fully ready,” she said.

Amina was speaking on Thursday when she toured Kenyatta University to inspect the ongoing laying of synthetic track at the University as a legacy project for the World Under-18 Championships.

According to the CS, the new track will benefit athletes especially in the capital who have been depending on either Nyayo or Kasarani stadium.

“This is a project that was started after the World Under-18 Championships as one of the legacy projects for the University. I am glad that this facility meets the international standards and we will be handing it over to the University once it is complete,” said Amina.