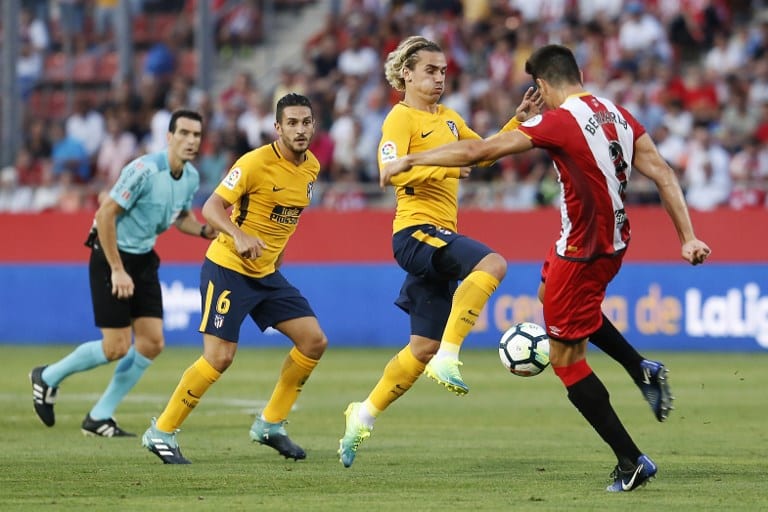 France international forward Antoine Griezmann was handed a two-game ban by the Spanish Football Federation on Wednesday after he was sent off at the weekend for insulting the referee.

The 26-year-old was dismissed during Atletico Madrid’s 2-2 draw at Gerona on Saturday during the opening weekend of the La Liga season.

He also received a 600-euro ($700) fine, while Atletico were penalised 700 euros. Both have the right to appeal their sanctions.

Griezmann will miss league matches against Las Palmas on Saturday and Valencia on September 9.

He was shown a straight red card an hour into Saturday’s match after insulting the referee for not awarding a penalty in his favour. He later apologised.

Real Madrid centre-back Sergio Ramos has also been handed a one-match ban after he was sent off for two yellow cards in the European and Spanish champions’ 3-0 win at Deportivo La Coruna on Sunday.

And Argentine Ever Banega was hit with a two-match suspension after the midfielder was also sent off for insulting the referee during Sevilla’s 1-1 draw with Espanyol on Saturday.