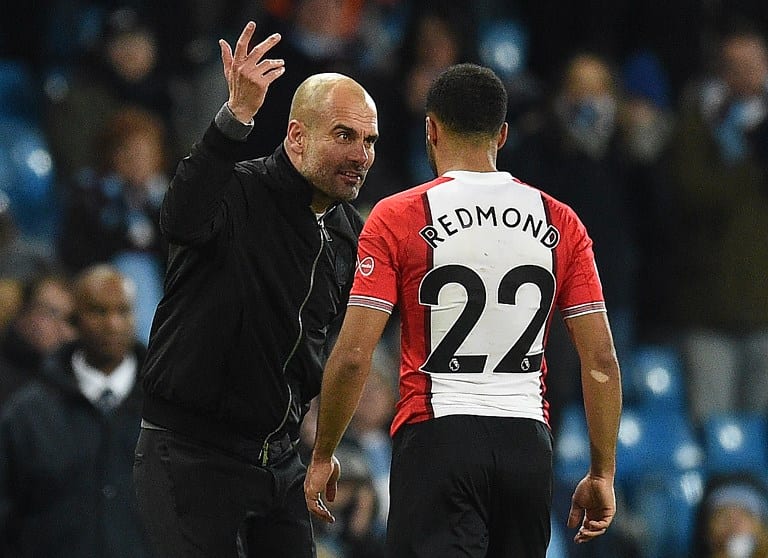 Guardiola harangued the Southampton midfielder following his side’s last-gasp 2-1 victory last week and the Football Association gave him until Monday to respond.

It initially appeared the City boss was confronting Redmond to complain about something but he said afterwards he was complimenting the player. This was later corroborated by Redmond himself.

Guardiola conceded he should not have approached Redmond in such a way but could not contain his emotions in the exhilarating aftermath of Raheem Sterling’s late goal.

Britain’s Press Association reported on Monday that the FA accepted the Catalan’s version of events and will not take the matter further. Guardiola has been reminded of his responsibilities and the matter is now considered closed.

Asked if he regretted the incident, Guardiola said: “Yes. I did it in Munich, with my old player (Joshua) Kimmich, I did the same in Dortmund and had regret there after the game and the same now.

“I cannot control myself. Hopefully I will improve. What I said is what I said and what Nathan said in his statement.”