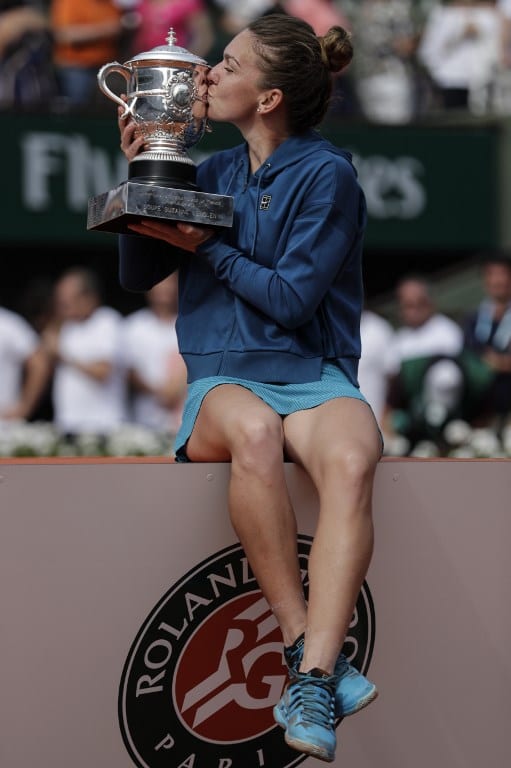 Simona Halep fought back from a set and a break down to finally achieve her “dream” of winning a Grand Slam title, beating Sloane Stephens 3-6, 6-4, 6-1 in a gruelling French Open final on Saturday.

The world number one had lost all three of her previous major finals, including two at Roland Garros, and said she struggled to contain her emotions after staging a thrilling comeback.

“In the last game I felt like I could not breathe anymore”, said Halep.

It was the perfect way for the Romanian to banish the demons of her painful final defeat by Jelena Ostapenko 12 months ago, when she blew a lead of a set and 3-0.

“Last year it was tough to talk because I lost this match,” added Halep, only the second Romanian to win a Slam after Virginia Ruzici who won the 1978 French Open.

“But it’s emotional to be making this speech as a winner. I’ve been dreaming of this since I was 14.”

US Open champion Stephens had looked set to lift a second Grand Slam trophy when leading 6-3, 2-0, but the American 10th seed wilted in hot conditions and Halep pounced.

“It’s been amazing here for me,” said Stephens. “It’s not the trophy I wanted, but it’s still beautiful.”

Halep played a scintillating deciding set in which she made only five unforced errors, breaking her major duck in style after two hours and three minutes. 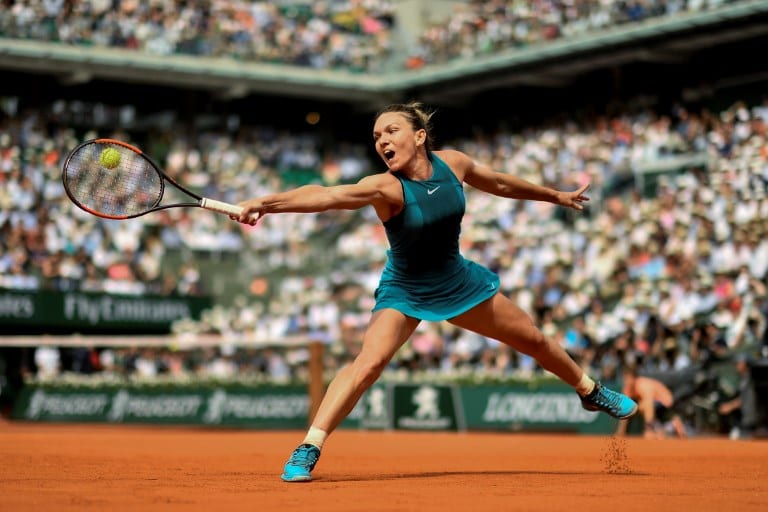 The 26-year-old celebrated her victory in a way usually seen at Wimbledon, climbing into her box to greet friends and family.

“I tried to not do the same thing as last year. It’s a dream and it’s so special to do it here in Paris,” she said.

“When I was down a break in the second set I just tried to relax and enjoy the match.”

The fans at Roland Garros preceded the match with a standing ovation for seven-time Grand Slam champion Maria Bueno after the Brazilian’s death on Friday aged 78.

Halep had vocal support from the start on Court Philippe Chatrier, but Stephens was the better player in the baseline rallies and made an early breakthrough as two big forehands left the top seed scrambling.

The early exchanges were brutal in the Paris heat, but it was the world number one who found herself being forced onto the defensive as Stephens moved 4-1 ahead.

The 25-year-old, who was ranked 957 in the world less than a year ago after her injury woes, was using her bigger forehand to good effect as Halep struggled to make any inroads into her opponent’s serve.

She did manage to make Stephens serve for the set, though, and was stepping into the court with more authority, bringing up her first break point.

But Halep wasted the chance with her 10th unforced error and Stephens made her pay, drilling an unreturnable backhand into the corner to wrap up the set after just 41 minutes.

A first-ever Grand Slam final defeat in straight sets for Halep looked likely as soon as Stephens claimed the first game of the second set on her fourth break point.

The Romanian knows better than anyone how Grand Slam finals can turn though after her 2017 heartbreak against Ostapenko, and she broke back to love to the delight of the crowd.

Suddenly Halep had won 12 of 13 points and snatched the momentum, and she made it four games on the spin as Stephens dumped consecutive forehands into the net.

Stephens briefly looked out on her feet, but raised her game by shortening the points to break straight back before levelling the set at 4-4, helped by the first ace of the match.

But Halep dug deep, squaring the final by winning the next two games, as Stephens fired a backhand wide on the first set point.

The American had fatigued irreparably, and it was her turn to fall 2-0 down at the start of the deciding set.

The match was all but ended as Halep clinched the double break in game four after some magnificent defending in one of the points of the match.

Stephens managed to land a couple of late blows, but Halep confidently served it out, sealing victory on her first match point when her opponent netted a return.