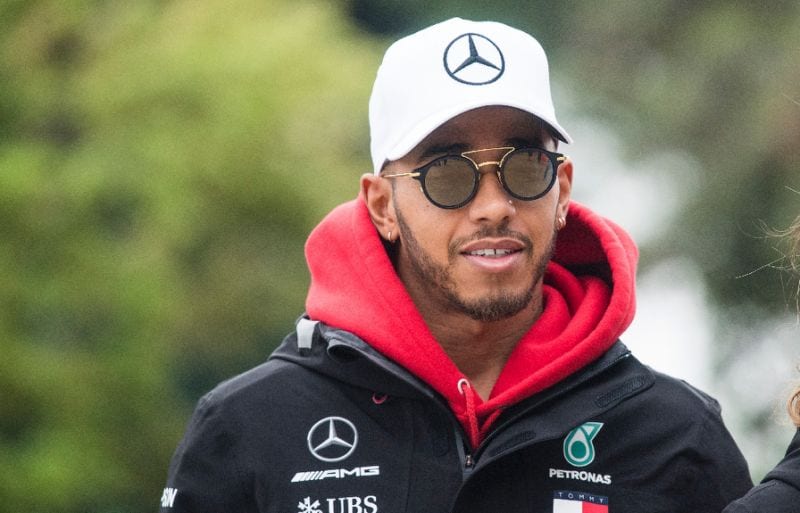 Lewis Hamilton goes for a record sixth Chinese Grand Prix win this week with Mercedes, aiming to bring their “A game” for a quick strike back at unbeaten Ferrari driver Sebastian Vettel.

Germany’s Vettel and Ferrari stole a march on the Silver Arrows with victory in Australia to open the Formula One season and followed up with a tense triumph last weekend in Bahrain.

Both Vettel and Hamilton are chasing a fifth world championship, but the Englishman has easily been the most successful driver in the 14-year history of the race at the Shanghai International Circuit with five wins.

Another triumph will help Mercedes get back on track after early season blunders that prompted a bout of hand-wringing in the team.

But Hamilton denied Mercedes was in trouble, saying its wide-ranging problems so far just point to the difficulty of keeping a team firing on all cylinders in each contest.

“The A game applies to everything across the board. There are so many things that keep the ball afloat,” Hamilton said.

In Australia, the combination of a Virtual Safety Car intervention and a software bug deprived defending world champion Hamilton of victory.

In Bahrain, a five-place grid penalty due to a gearbox change and communications problems held back the Englishman. Valtteri Bottas and Hamilton still managed to take second and third place for Mercedes.

No margin for error

But Mercedes team principal Toto Wolff said this week that it was “not the start to the 2018 season we had hoped for”.

“There is absolutely no margin for imperfections or mistakes in this year’s title fight. In order to win this year, we need to bring our A game.”

Wolff said the quick turnaround from Bahrain is a blessing.

“We’re quite happy that this is a back-to-back race as that means that we won’t have to wait long to get racing again,” he said.

“Shanghai has been a good track for us in the past.”

Mercedes have won five times in the last six Chinese Grands Prix, with Fernando Alonso in 2013 recording the last Ferrari victory in Shanghai.

Mercedes need to counter the early-season pace and form of Vettel, who somehow managed to last 39 laps on severely-worn tyres in Bahrain to take a 17-point lead in the standings ahead of Hamilton.

Hamilton will be hoping Red Bull’s young star Max Verstappen stays out of his way after a collision in Bahrain which put the Dutchman out of the race and prompted Hamilton to call him a “dickhead”, a comment heard by others and widely reported.

Hamilton said he apologised to Verstappen on Thursday in Shanghai.

“I just shook his hand and said I’m sorry about the last race. Regardless if it is his fault or my fault, it doesn’t really matter. It’s in the past.”

“Hopefully that sign of respect… helps you kind of turn the page and move forward.”

It wasn’t clear how Verstappen reacted, but in comments earlier to reporters in Shanghai he made no apologies of his own.

Asked why he thinks Hamilton took aim at him, Verstappen snapped: “Why? Because its quite simple and easy to blame the younger driver.”

“That’s the only way I can see it. But like I said, you know, these things happen. There’s no reason for me to change anything.”