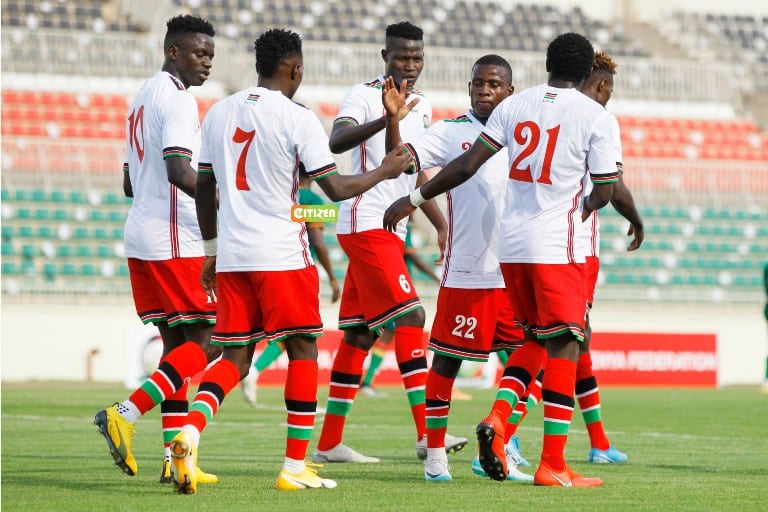 Strikers Abdallah Hassan and Masud Juma scored in either side of the half as Harambee Stars clipped Togo 2-1 in Lome in a dead rubber Africa Cup of Nations (AFCON) qualifier on Monday evening to bow out on a high.

The Stars had already been bundled out of the race for the 2022 Africa Cup of Nations Finals after failing to beat Egypt in Nairobi last Friday, a match that ended in a 1-1 draw and were merely playing for pride.

The Stars needed to win the Friday game and wind up with another win against the winless Togolese to stand a chance of gracing the showpiece but shot themselves on the foot in Nairobi, where they dropped six crucial points that would have propelled them to the bonanza, for the second time in a row.

All home fixtures against Togo, Egypt and Comoros ended in draws, before losing away to the islanders in Moroni, but picking another point on the road in Alexandria Egypt, in the first round of the qualifiers, but which they could not built on.

And on Monday evening in Lome, coach Jacob ‘Ghost’ Mulee suffered a major setback after four key players in Michael Olunga, Ian Otieno, Joash Onyango and Lawrence Juma tested positive for Covid- 19, ruling them out of the tie, but the picked players fought gallantly to seal the win, Abdallah opening the goal account in the first half before Juma ensured points safety with a second half penalty, to earn the team their first three points since the qualifiers began.

The hosts got a consolation with a stoppage time penalty too, but it was too little too late to salvage a point.

Ghost’s men will now strategize for the 2022 World Cup qualifiers which starts in June.

Kenya has never featured at the global fiesta.