Hard work, squad depth did the trick for us, gloats Murunga 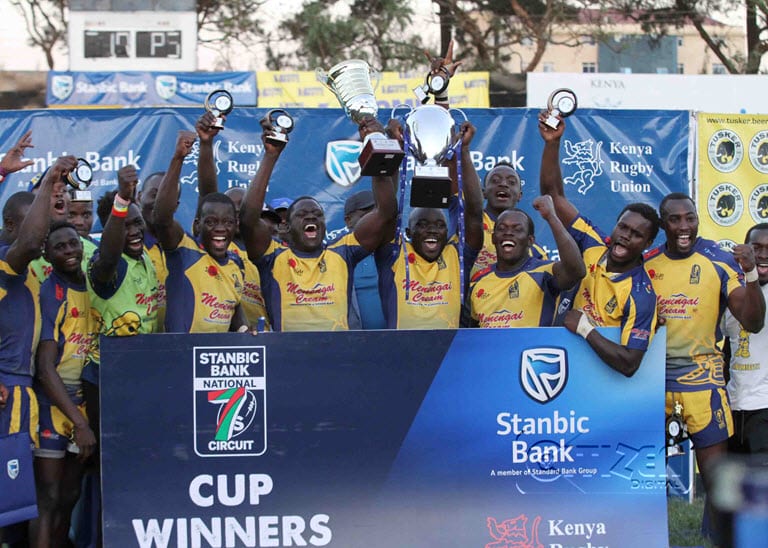 Homeboyz RFC head coach Paul ‘Pauh’ Murunga believes hard work and squad depth helped them to a double; winning both the National Sevens Circuit overall title and the Christie Sevens as the curtains came down on the circuit on Sunday.

The ‘Deejayz’ beat hosts Kenya Harlequins 24-19 in sudden death at the Christie Sevens final at the RFUEA grounds to claim the honours.

“Having players and depth have really helped us, plus having another team in division two which won Sepetuka Sevens definitely means we have depth and players to win the overall title …”

The Deejayz have had a good run in the circuit winning the Prinsloo 7s, Sepetuka 7s, Kabeberi 7s and Christie 7s while reaching the semis of the Dala 7s.

“The journey has been sweet though the training has been hard but we started well in the pre- season and having young players in the squad gave them a chance to blend with the senior players.”

The former Shujaa assistant coach also singled out some young players who stood out in the campaign, showering Johnstone Olindi and Mark Wandeto for fine performances.

“In sevens you need young players like Johnstone Olindi and Mark Wandeto who is currently the top try scorer in the circuit and of course with the senior players coming in, Jeff Oluoch and Oscar Ayodi made us play so well.”

This is the second time in history Homeboyz have been crowned the sevens champions after doing so in 2016.

Homeboyz finished top with 122 points followed by Mwamba on 102 points, while KCB and Nakuru RFC maintained their third and fourth slots with 94 and 80 points respectively as Harlequins made major gains on the final day to bag a fifth-place finish on 70 points.