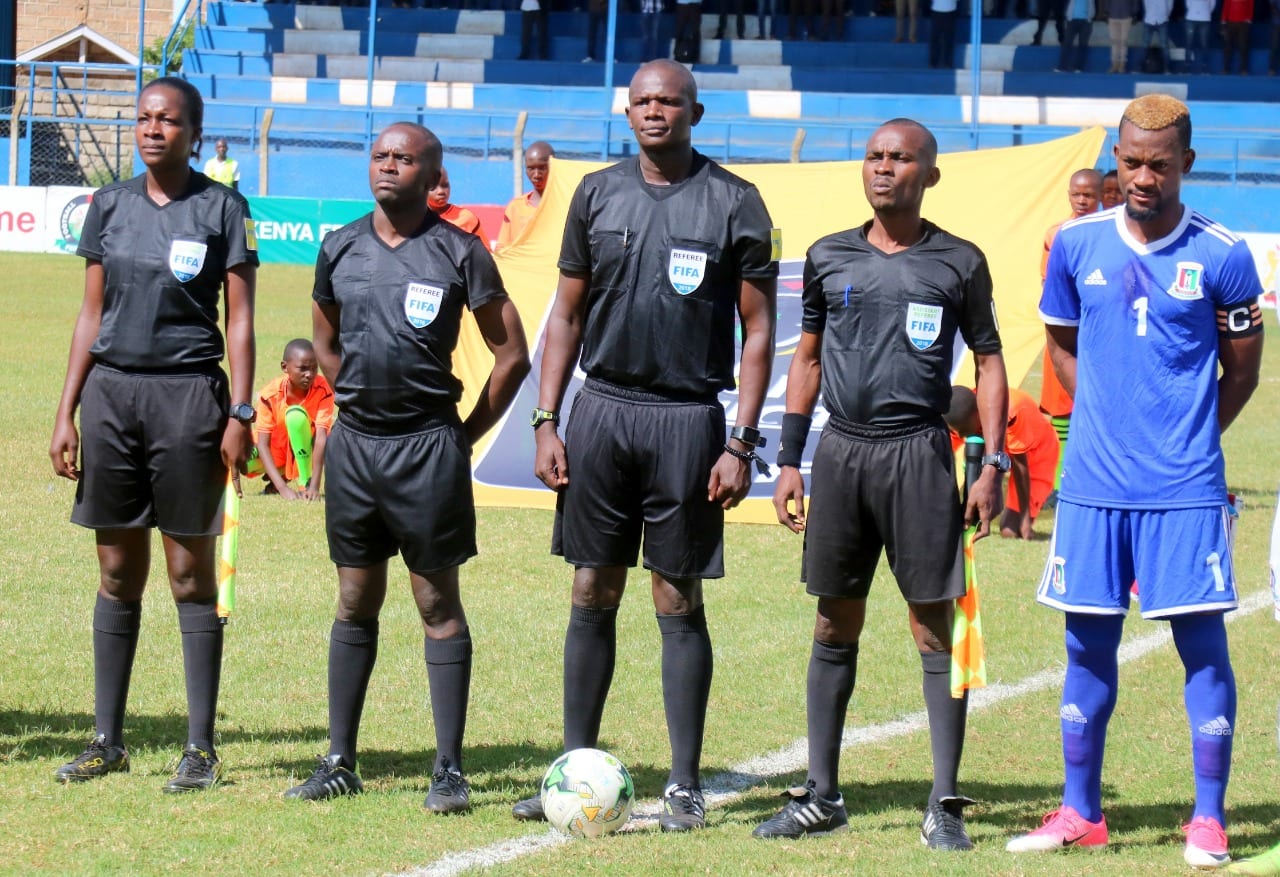 Kenyan FIFA referees have welcomed the directive by the world football governing body regarding the Football Kenya Federation (FKF) elections.

On Wednesday, FIFA quashed the December 17 ruling of the Sports Disputes Tribunal (SDT) that cancelled the FKF repeat elections while pronouncing an end to the tenure of the federation’s National Executive Committee.

With a section of individuals already expressing dissatisfaction with the directive that also dismissed a possibility of a Normalization Committee as proposed by the SDT, the referees expressed concerns that disobeying FIFA’s orders could bring disastrous consequences to the country, and affect them.

Led by former FIFA referee George Gikonyo, they also condemned officials resorting to court action saying it amounted to courting a ban, and wasting all the gains achieved in football, especially the last four years.

“We have experienced stability in our game and are looking to take it to the next level. We do not want anything that will impede that progress,” he said.

Gikonyo also pointed out that a number of Kenyan referees have been accorded high profile appointments in the past year and this could go down the drain.

“Mary Njoroge was in the Women World Cup last year in France. Another referee, Peter Kamaku was at the Africa Cup of Nations in Egypt and was even earmarked for appointment in the Africa Nations Championships (CHAN) that was due this year.

“Kamaku has also been slotted for a possible appointment to officiate in the 2022 World Cup in Qatar.  He is now one of our elite referees and has undergone four VAR courses so far. We cannot allow that to go down the drain,” he added.

Njoroge in her part said there is no choice but to obey the FIFA directive, underling they are bound by the highest football governing authorities’ pronouncements.

“It was a great feeling being at the World Cup and a great experience. We must obey FIFA directives as we are under them. We intend to lose a lot if we don’t,” she said.

Former FIFA referee Richard Obare said local officials risk missing out on a number of training and symposiums if Kenya is suspended, advising the relevant stakeholders to pull in one direction to avoid blanked punishment.

“The FIFA directive was a very positive move. We are happy that they are ready to meet various stakeholders but, in the meantime, we have to do what they have advised us to do in order to bring this issue to a conclusion.”

This comes even as one Milton Nyakundi who was among the Interested Parties in the FKF’s petition against the Registrar of Sports that bore the December 17 ruling, questioned FIFA’s stand over the tribunal’s jurisdiction on the matter.

“The administrative authority of a member of a member of the FIFA Secretariat cannot alter the effect of law. Such authority is null and void when it offends the constitution/statute and must be treated with strong contempt,” opined Nyakundi.

In the meantime, FKF president Nick Mwendwa has called for calm among football stakeholders in the country, expressing his confidence the call by FIFA to have the Government, the SDT and the federation on one table will put the matter to rest.

“First, we are in office and therefore we continue to do our best for our football as we wait for the meeting. I’m sure the will of every Kenyan who genuinely has football interest at heart is to have this election debate concluded so that we concentrate on the game. I believe that is the same spirit the Government has, so all is in control,” remarked Mwendwa.

FIFA wants to meet the three stakeholders early April, 2020 depending on the state of the COVID-19 by then.