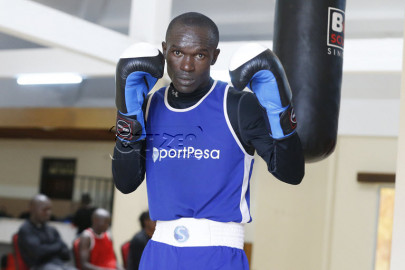 Kenya's boxing team captain Nick Okoth has commended the country's boxing federation for its efforts of offering proper preparation to the squad before international assignments.

According to Okoth, preparing the national team for major assignments is no easy task and acknowledges that the efforts by the Kenya Boxing Federation has significantly contributed to the development of the national team and the game as a whole, urging fans to be more patient.

"It is very important to thank God for everything first and foremost especially for the togetherness we have as Kenya boxing family and may God’s will help us to continue winning more medals for Kenya in the upcoming competitions,” he said, noting that “Our mission is just to win medals and I am very grateful to the Boxing Federation of Kenya (BFK) for the good work they are doing…Fans should not worry much because even the Rome was not built in a single day. These days there is even ‘Ndondi Mashinani’, something that was dead in the past,” said Okoth.

Kenya is in the race to regain its glorious boxing days of the past, in the 1970s and 19802 and Okoth believes it won't be long before it achieves its ambitious project, and is appealing to local boxing enthusiasts to stand with them in good and bad times as they chase the dream.

Hit Squad's performance in recent years has been a cause for concern except for the just concluded Africa Zone 3 Championship in Kinshasa Congo where they posted good results finishing second behind the hosts as they harvested 18 medals; six gold, five silver, and seven bronze.