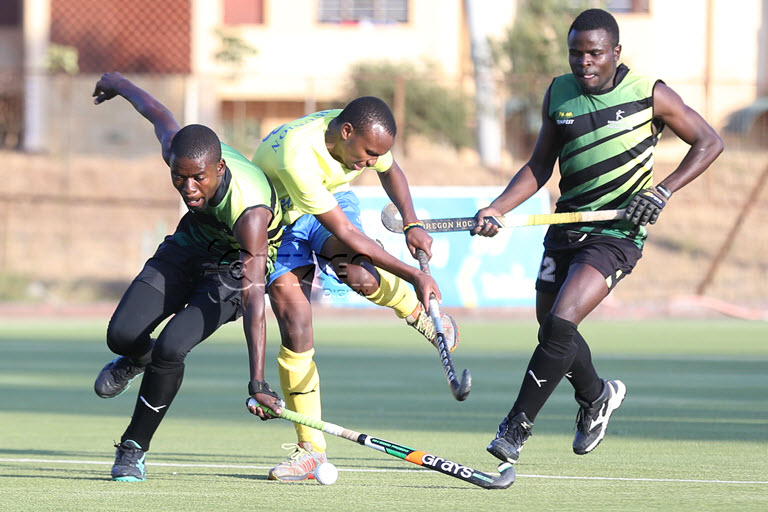 A total of 15 goals were scored on Sunday as Kenya Hockey Union top two tier leagues entered week two of action at the City Park in Nairobi.

In a late night match staged on Sunday, Kenya Police overwhelmed Wazalendo 3-0 during the men's top tier league match. This was a sweet revenge for the 2017 champions who had lost 2-1 to Wazalendo in 2019 on the final day of the season that saw the law enforcers finish third, while Wazalendo settled for second on log.

But on Sunday, the shoe was on the other foot, midfielder Samuel Uongo bagging a brace while Oliver Echenge added the other goal, to seal the win for the law enforcers taking them to the summit of the log.

Police have three points, a tie with Greensharks who are second on the log following  a 3-1 victory against Parklands Banders.

Meanwhile, Maurine Ongoche, Angela Wema and Jane Mango were on target as Strathmore claimed maximum points to sit second on log following a 3-0 victory against Sliders in the only women league match played at the weekend.

At the same venue, Kenyatta University managed to lead the women’s Super League log following a clean sheet win against Vikings. Laurine Makulu and Laura Webala were on target to hand KU the victory.

On the other hand, Wazalendo drew 1-1 with Kenyatta University in their second league fixture while Nakuru registered a second consecutive clean sheet after beating KCA 1-0.