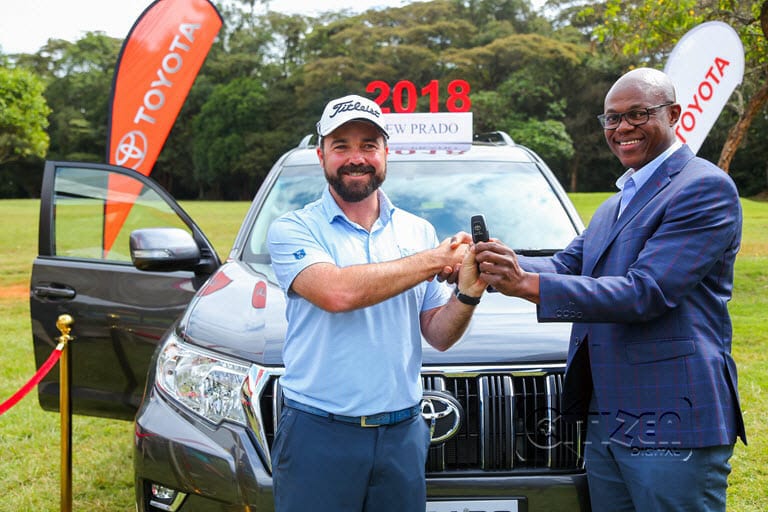 One of the notable players from last year’s edition of KCB Karen Masters who is se t to grace this year’s competition is hole-in-one star Ryan Cairns.

The 35-year-old Zimbabwean professional is among the 156 players entered for this year’s KCB Karen Masters slated for the par 72 Karen Country Club from June 27-30.

The Royal Harare Golf Club pro flabbergasted all and sundry last year after sinking a hole-in-one on the par three  fifth.

The Memorable hole-in-one earned the Zim an elegant Toyota Prado 2018 model upon hitting the target from 204m and will be aiming for more success this year.

Last year, Cairns candidly admitted he was actually not going for the hole in one as he hit his 6-iron which bounced on the green and rolled into the hole.

Cains’ hole-in-one at Karen wasn’t his first. He has savored three more holes in ones, two in South Africa and one in Mauritius.

This year, Cairns tied for eighth on Zanaco Masters in Zambia and most recently T6 on the Sun City Challenge in South Africa.

The Dutchman fired his second back-to-back six under par 66 for a total of 12 under par to clinch the inaugural KCB Karen Master as Kenyan pro Greg Snow settled for fourth place.

In 2018 the Karen Masters became a Sunshine Tour event won by Michael Palmer.