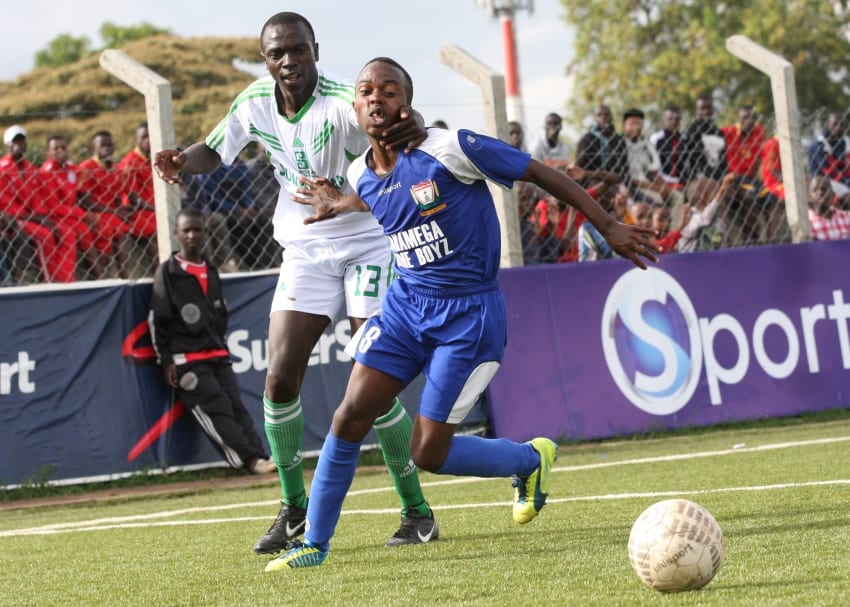 Ten-man Kakamega Homeboyz beat Mathare United 1-0 to seal a Kenyan Premier League (KPL) Under-20 final with Ulinzi Warriors who earlier knocked out Gor Mahia 3-2 in the other semi on Wednesday.

Brian Munyendo scored a superb solo goal in the first half to guide Homeboyz into the finals for the first time in a game skipper Eric Muema inspired his side chalk their fifth consecutive win.

Homeboyz ended the match with only ten men after defender Muturi received a red card for a second bookable offence in the dying minutes of the clash at the Machakos Stadium.

Homeboyz were off to a bright start as Juma Bakari raced down the left flank, releasing a beautifully weighted through pass for Ryan Ashiono but the latter’s attempt on goal was blocked by Mathare defender Dennis Wanyoike.

It was not long before the Gilbert Selebwa-coached side hit the back of the net in the seventh minute as Munyendo kept his cool to fire past keeper Job Ochieng’ after a wonderful solo run as Mathare’s defence went to sleep waiting for the officials to flag for offside.

Outclassed by their opponents in their typical tiki-taka style of play that worked so well for them during their previous matches, Mathare resorted to long balls as they laboured to find an instant response.

The Slum Boys came agonizingly close at the half-hour mark as John Mwangi found an unmarked Andrew Kisilu in the box but his shot flew inches wide with keeper Isaya Wasakala well beaten.

Kisilu continued to exert his influence, forcing Wasakala to consecutive saves after inside a minute in the 42nd as his side gradually grew into the match.

Mathare picked up from where they left in the second with Mwangi threatening almost instantly with an audacious effort that drew applause from the stands.

His coach; William Muluya brought on striker Erick Kipkurui for Adan Godana and Ezekiel Mogendi for Enock Momanyi as his charges camped in their opponent’s third in search for an equalizer.

Selebwa responded by introducing John Mukaisi for Ashiono but his side remained pegged to their own half.

The final is on next Monday at Nairobi’s Nyayo Stadium as Mathare face off with Gor in the third-place play-off.