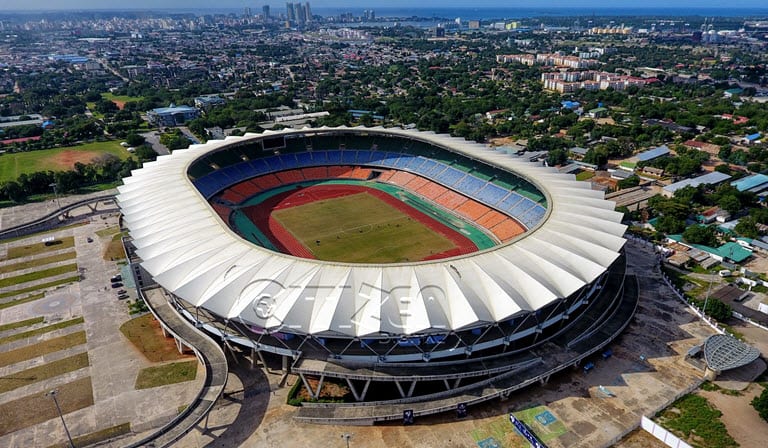 Tanzanian President John Pombe Magufuli has renamed Taifa Stadium in Dar es Salaam after the late president Benjamin Mkapa, as an honour to the departed Head of State who died last week for his immense contribution to  sports development in the country.

Magufuli made the announcement Tuesday at Uhuru Stadium in Dar es Salaam where a requiem service was held in honour of the departed Head of State.

Magufuli, in his address, said that the deceased did not want many things named after him.

Built by Chinese contractors, the facility was completed two years after Mkapa left power in 2005.

“Mzee Mkapa will be remembered for his contribution to sports in this country by building a large national stadium and many people have suggested that the stadium be named after him, despite the fact that he did not want many things named after him.

“So for that reason from today the stadium will be called Mkapa, in his honour,” said President Magufuli.

The 60,000 seater stadium in the capital city Dar Es Salaam was completed in 2007 under the administration of the immediate former president Jakaya Mrisho Kikwete, the fourth president of the Republic of Tanzania, costing the taxpayer a tidy $ 56 million.

The stadium currently ranks 12th in Africa and is used for major international games at club and national team level.

The facility is home to Tanzania’s national football team, Taifa Stars and usually hosts the biggest derby in Tanzania, The Kariakor Derby between arch rivals Yanga SC and Simba SC.

Mkapa, 81, who died on the night of July 23 this year after a short illness is expected to be buried Wednesday in his rural village of Lupaso in Lindi region.