How do players cope with life under lockdown? A Kenyan in Italy responds 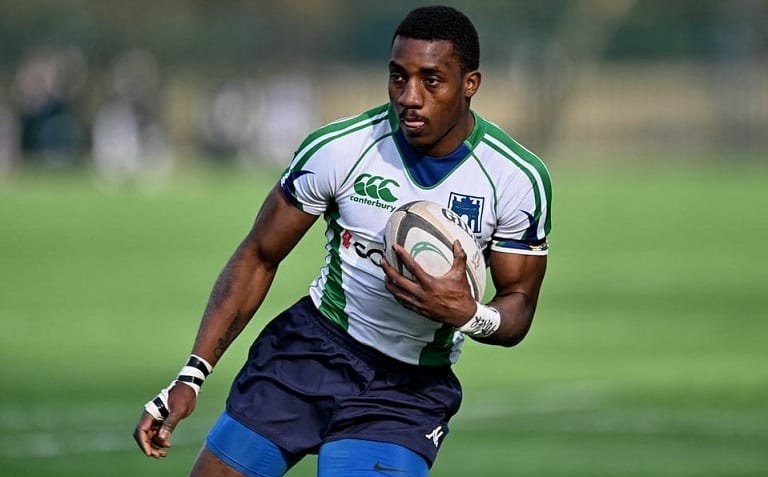 Lameck Saveya Dunde is conducting his final set of press ups in his shared apartment in Cassina De Pecchi, a town 15km North East of the city of Milan, Italy.

The 26-year-old’s training program has been restricted to indoors for the past one month after a country wide lockdown by the Italian government following the coronavirus pandemic that has ravaged Europe’s fourth largest economy.

Lameck plays for CUS Milano, a rugby club that is currently leading the standings in the Italian Serie B. The countrywide shutdown instituted by the Prime Minister Giussepe Conte and enforced religiously by the local security officials has disrupted life in Italy.

Sports across all levels has also been halted to mitigate against the spread of the contagious virus that has affected over 31,000 in the country resulting in over 2500 deaths. The statistics are telling, worrying and has ground the country to an unprecedented halt.

“Since the first week, we thought it was a normal seasonal flu, but things have worsened, there have been a lot of deaths reported and a lot of contagion cases,” he exclusively told Citizen Television from his home in Cassina De Pechi.

CUS Milano which was founded 73 years ago has also been directly affected by the COVID-19 pandemic.

One of its veteran players succumbed to the virus this week with a manager of the junior team being quarantined after testing positive.

Lameck who played for the Kenya Morans, the Kenya Sevens second string side has been living in Italy since 2016 when he traveled to do his Masters degree. He penned a deal with CUS Milano in 2017 scoring 40 tries – 200 points in total.

This season was halted midway after the Italian Prime Minister made a drastic but unavoidable decision to lockdown the country with a population of 60 million after the COVID-19 cases spiked.

The bustling city squares, streets usually full of tourists virtually became ghost towns. Employers instructed their employees to work from home, sporting leagues including the Italian Serie A, the Rugby Six Nations and a plethora of other sporting events were cancelled or rescheduled.

“I play rugby, we haven’t been playing for a month and a half, we had the rugby six nations break and now we have to stay home for a month, we won’t have played rugby for 2 and a half months. The problem with this is that we will have to recover all these matches that we haven’t played sometime between June and July, ” he said.

‘Anything can be used for training’ 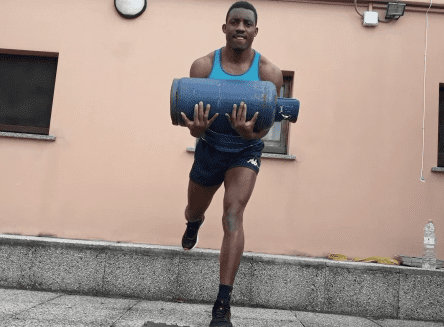 The lengthy break has prompted the technical bench to improvise. The strength and conditioning coach shared a program to all the team members instructing them to continue training indoors using basic household items to maintain their fitness.

“Anything can be used for training,” Lameck walks to the balcony overlooking the metropolitan city.

“Something like this you can use for training,” he lifts an empty blue gas cylinder then demonstrates a leg exercise clasping the cylinder close to his chest. Some of his teammates train at night running in the empty streets to keep fit.

But, maintaining a routine for other daily chores has been adversely affected. Movement is significantly controlled, schools have been closed, public events cancelled, restaurants and bars closed.

“If you have to go and buy something, take a walk in the park, you must have certification to allow you to walk. It has to be signed by you or your boss, you have to show probable cause what you are going to do, if they find you without certification you can find yourself in jail or pay a huge sum of money, this is for the whole country, “ he told Citizen Television displaying a special permit that is now mandatory for anyone moving within the city.

In the supermarkets, patrons are required to stand a meter apart, the recommended distance by the World Health Organization to minimize the risk of infection. Italy’s cultural impulses have clearly been heavily subdued by these new measures.

“Since we can’t move around we’ve had to do shopping for two weeks, my fridge is almost empty, so I need to stock up,” the 6-foot winger said opening his refrigerator to assess its contents.

The former Impala Saracens player has another job but hasn’t been to work for weeks because of the shutdown. He requires a portable device to be able to dispense his duties from home but admits he has to adapt to keep himself busy when he is not training indoors.

“We read books, we find ways to kill time, if you go outside you will get a fine, or probably jail time, I have spoken with my family, they are concerned, one of my brothers is in Moscow, we keep in touch, he is also wondering about my situation, I am concerned about my family back home. ”

Lameck has been following the regulations by the Italian health officials loyally to prevent infection. He is however, hoping for the situation to improve soon so that he can resume his normal life.

But, with the COVID-19 cases continuing to soar in Italy, the current lockdown could remain in force for a little while longer.