How Kenya shone at Youth Athletics Championship in Abidjan

Kenyan athletes dominated the proceedings at the just concluded Africa Youth Athletics Championships which came to a close Saturday in Abidjan, Ivory Coast.

In the five-day championships, two events ran concurrently – the Under 20 and the Under-18s.

Kenya wrapped the proceedings bagging 45 medals (19 gold, 16 silver, and 10 bronze), in both categories.

In the Under-18 category, Kenya finished with 17 medals; six gold, an equal number of silver, and five bronze, behind South Africa’s 32 medals; 18 gold, 7 silver and 7 bronze.

In the Under-20 category, Kenya topped the medal standings with a total of 28 medals (13 gold, 10 silver and 5 bronze), with South Africa coming in second with 25 medals.

World U-20 5,000m champion Edward Zakayo, World U-18 2000m steeplechase champion Leonard Bett, and the World U-20 5,000mchampion Beatrice Chebet, are among the athletes who bagged gold medals in the final day of the championship.

In the corresponding women’s race, Chebet, the junior women cross country champion bagged gold in 16:02.66, with another Kenyan Dolphine Omare settling for silver in 16:07.42. 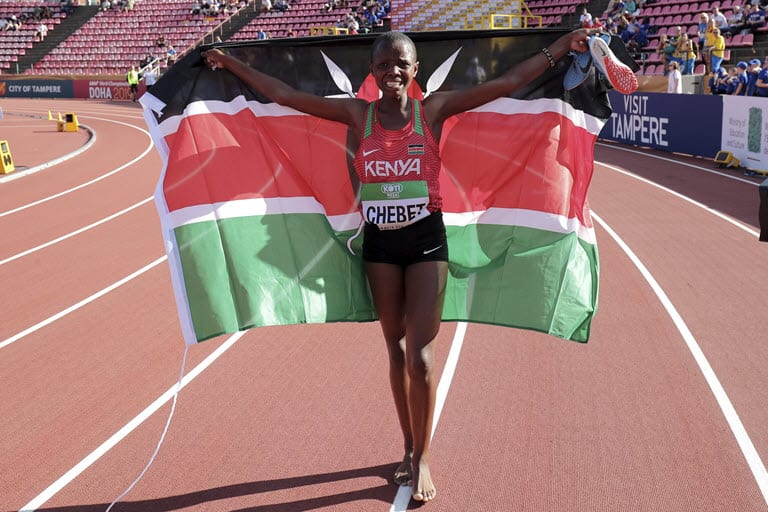 Sports Cabinet Secretary Ambassador Amina Mohammed is among the top government officials who accompanied the team to Ivory Coast.

The team is expected back to the country on Tuesday.