I have never doped, says sprinter Otieno after Tokyo debacle 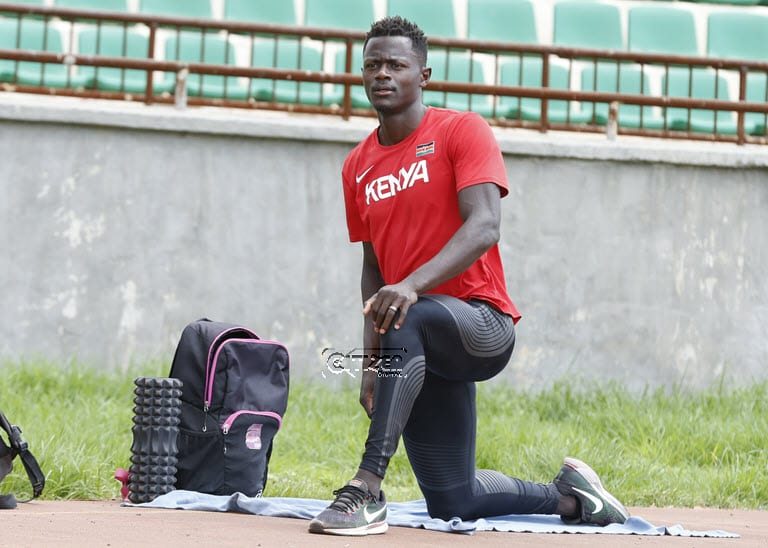 Kenyan sprinter Mark Otieno has come out to defend himself against doping allegations.

Otieno was on Saturday barred from competing in the 100m men’s heat at the 2020 Tokyo Olympics after he allegedly tested positive for a banned substance.

This made Team Kenya and the organisers to withdraw him from the race start list.

And he has now broken his silence pleading his innocence via a statement posted on his Twitter handle.

“By now the whole world is aware that my name was removed from the start list of the 100m men’s competition due to a positive test for banned substances. We have appealed the result and decision and requested for further tests.

As we honor the due process undergoing, I want to categorically state and be on record that I have never been involved in doping of any kind.

My integrity as an athlete and an individual is paramount to me, and  I hold in great honor the opportunity I have been given to represent my country on this global stage, as I have done many times in the past. As  such, I would never engage in any activity that would jeopardise me or my team mates.”

Otieno added that he takes pride in competing at Games as it is a dream of every athlete.

“Representing my country in the Olympics is a dream that I have had for many years, and it is truly devastating that this dream, and the trust all my supporters and country have placed in me, has been cut short.

Representing God is the most important to me, and He has been good to bring me this far. I believe He will take me even farther.

I remain hopeful of clearing my name and continuing my athletics journey,” he concluded.

Team Kenya has so far performed badly with no single medal won.