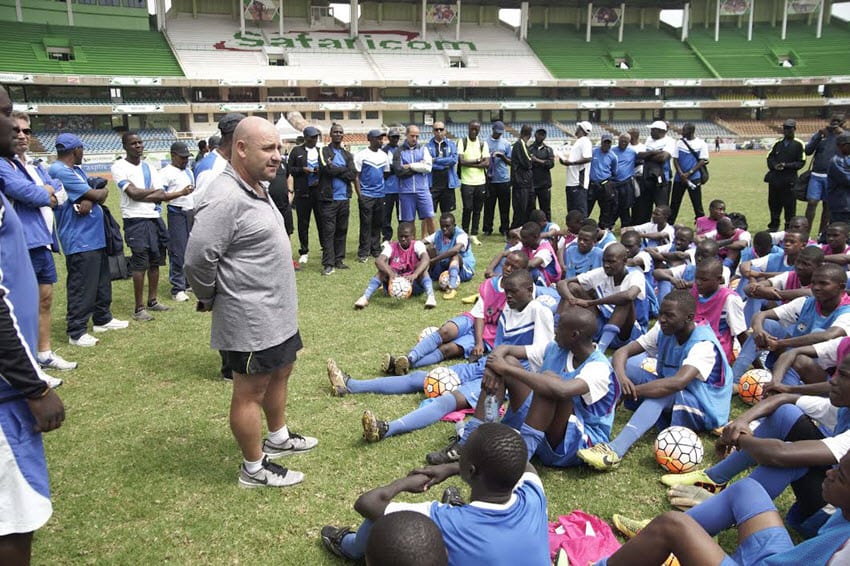 The identity of young talent from East Africa chosen to join the Aspire Academy in Qatar has been kept under wraps to prevent coaches and agents from poaching them.

Three Tanzanian and Ugandan boys’ will join other selected finalists for a three-week final testing phase where the 18-20 best players will be put on full scholarships.

“In the past we have selected three from this region but this time the level of play was very high. We do not want to reveal their identities, until after the last round of selection in Qatar to keep off coaches and agents who target them and lure them from the academy,” said Steve Othoro, Aspire Football Dreams(AFD) Director in Kenya.

The final round of demonstrations began on Monday at the Kasarani Stadium, Nairobi and drew 13-year old boys from Kenya, Rwanda, Tanzania and Uganda and closed on Thursday.

AFD-scouts and Aspire Academy experts assessed the 50 talented teenagers from the region to determine the most talented.

Joseph Colomer, the Director of recruiting and scouting and Aspire Academy was impressed with the depth of talent displayed by the boys that impelled the selectors to pick a slightly higher number than usual.

“We have witnessed excellent talent. For me East Africa is one of the biggest football regions. When we started 10 years ago people said why Kenya, Kenya is only known for running. But now they have proved that they also have talent in football. Local people need to believe and support that.” said Colomer who Barcelona’s former youth director.

The 10th annual AFD programme seeks to give young teenagers a chance to showcase their skills and put them on path towards professional football.

The trials were a three-stage selection process. The first two stages, the registered boys participated in 25-minute long, 11-aside games. The best players went on to the second phase, where they took part in another round of 11-aside games under the watch of the international scouts to determine the top players in respective countries.

The program kicked off in 2007 in Africa, and attracted seven countries and about 430,000 young footballers were screened.

So far, more than 40 scholarship recipients have represented their national football

associations at various levels of national football ranging from the U17 to A-national teams. No players have been naturalized or represented Qatar since as this is not the aim of the project.