Ingwe aim higher as KPL forges on after Supersport fallout 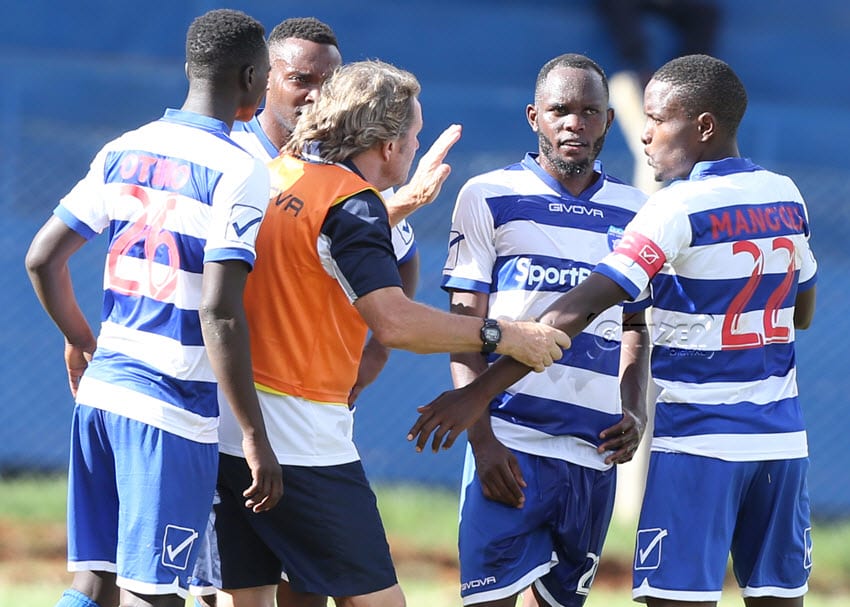 The Kenyan Premier League (KPL) enters its fourth round amid the news broadcast partners Supersport have bolted out of their contract after citing a breach in contract.

The unfolding event threatens to dwindle down the visibility of the country’s top division and it’s competitive value but the league, nonetheless, will soldier on having already missed live coverage in two of the last three gameweeks.

In a letter written to KPL Chief Executive Jack Oguda and copied to the league’s chairman Ambrose Rachier, SuperSport questioned the mandate of the management body in the running and administration of the country’s premier club competition.

“We submit, despite your assertion to the country, that the ruling by the SDT (Sports Disputes Tribunal) subordinates your authority to run the KPL to the Football Kenya Federation (FKF) and therefore you have failed to and cannot in the future grant such warranty to us,” the letter signed by the South African-based company’s Legal Advisor Philip Seleke read.

Table-toppers AFC Leopards and Bandari FC who are tied on seven points looking to cling on to their early lead over the chasing pack.

The KPL newbies Zoo Kericho FC and Kariobangi Sharks are the only two clubs yet to record a single point this season and both face tricky away fixtures on Sunday. The Sharks face Nzoia Sugar while Zoo travel to Thika United.

Champions Tusker FC who stuttered in their opening two rounds before recording a first victory in 2017 last round face a resurgent Sofapaka FC side away aiming to keep their win momentum while record titleholders Gor Mahia FC tackle Kakamega Homeboyz.

Gor will be on a mission to get their title chase back on track following their 2-1 setback at Western Stima in their previous match that saw their perfect start come to a halt.

At their archrival’s camp at the Den, injury has taken a toll with Head Coach Stewart Hall blaming the barren yet bruising 0-0 stalemate against Ulinzi Stars at the Kenyatta Stadium, Machakos on Wednesday for the woes.

“You saw we had to rely on Gilbert Fiamenyo as our main striker but we were lacking some cutting edge that we always enjoy with Paul Kiongera in the team.

“Some played with pain killers and I have many injuries in the squad but I’m happy with the result and I look forward for the next game,” Hall lamented post-match.

-Team for the future-

He will still miss Kiongera, but has insisted he is under no pressure since his mission is to build a team for the future.

“Most of the players we have in the team are young, with little or no Premier League experience so I can’t push them so hard to win every match. We will definitely look for maximum points if possible but we are avoiding unnecessary pressure.

“I am looking to finish in the best possible position, maybe a top four position. That way, I can have more liberty to nurture the young ones and gradually prepare them for a strong title challenge next year or the year after,” the former Azam FC boss who denied reports linking him to a move back to the Tanzania Premier League charged.

His opposite number at Gor, Jose Marcelo ‘Ze Maria’ Ferreira will be boosted by the return of Rwandese midfielder Jean Baptiste Mugiraneza who had missed the last two matches due to injury.

Also available for selection will be John Ndirangu, another new signing who switched allegiances from Leopards but has yet to play for Gor in a competitive match.

Gor will need to utilize their chances against Homebyz , having seen a ‘weaker Stima’ side halt their charge last week in Kisumu.

“The better team lost, I congratulate my players for utilizing well the chances that we got. “Gor were so determined and have a very good team so getting maximum points against them is great,” Stima’s Henry Omino offered.

Homeboyz Technical Director Alfred Imonje  is optimistic the preparations they have done for the match will not disappoint.

“We have prepared well and we are ready to tackle Gor. If its big names we have them so we are ready to give spirited fight. We are not a team that can be taken for granted no matter the opponents we play,” Imonje said.

In Mombasa, Bandari will entertain the Ulinzi, with Head Coach Paul Nkata admitting the Nakuru based soldiers are a hard nut to crack.

“Ulinzi Stars will be a tough match given that the opponents are soldiers and hence are hardened for battles. However like any other game we shall approach it seriously knowing the importance of starting the league well.

“To us every match is a final. KPL is very competitive,” Nkata who won the ‘double double’ at Tusker last season remarked.

He may however have to do without injured strikers Edwin Lavatsa and Enock Agwanda who face a late fitness test before the Sunday clash.

His counterpart Benjamin Nyangweso is optimistic he can better the midweek result against Ingwe. He however insists his charges must give more especially the strikers.

“We got a draw away against a very strong side which motivates us to go for more against them (Bandari).

“I will address our finishing because we need to score as much as we defend,” Nyangweso told Citizen Digital.

At the Sudi Stadium, Nzoia will welcome the William Muluya coached Sharks, with Bernard Mwalala of the former breathing fire after tasting his first top-flight defeat this season ‘unfairly’ in the hands of Leopards last week.

Mwalala underscored he will take nothing to chance against Sharks who beat them at home in their corresponding fixture at National Super League (NSL) last year.

Muluya believes his side is getting better despite three consecutive losses and will hope he can back up his claims with concrete results on the pitch on Sunday.

Sharks attacker Ovella Ochieng is still nursing injuries, and would therefore be unavailable.

In other matches, Posta Rangers will lock horns with Stima while Nakumatt FC battle against Sony Sugar.