Ingwe elections off to smooth start 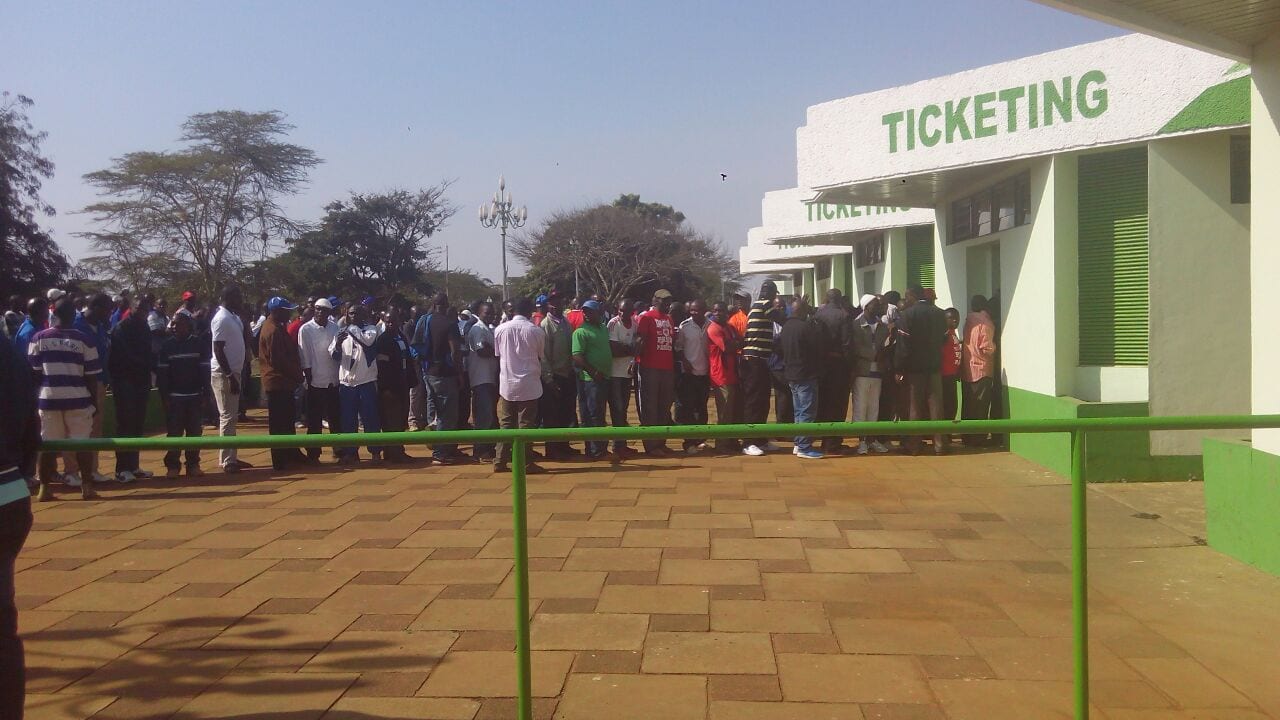 AFC Leopards elections kicked-off as scheduled on Sunday morning at Safaricom Stadium, Kasarani without major hitches with results expected later in the afternoon.

“I went for the verification and everything was okay, only to be shocked that I’m not in the register.

“I belong to no branch but as a former player I’m supposed to vote. There is provision where some members not affiliated to any branch are allowed to vote,” the 1986 title-winning player decried.

“The organizers agree too but the Electoral Board Secretary; Irene Tindi has told me there nothing they can do for now,” Lichungu whose tenure as Co-Organising Secretary of the Interim Management Committee ends Sunday added.

The Chairman of the Friends of AFC Leopards group was also barred on the same grounds despite also claiming he went for the verification exercise.

“It’s difficult to explain why this is happening but it is irritating having paid and coming to vote. Every vote counts,” Imbenzi lamented.

Tindi told Citizen Digital those missing from the register did not present themselves for the verification exercise.

“There were three weeks for everyone to ensure their names are in. There is no way we can help people coming at the last minute,” she stressed.

Some disgruntled members alleged individuals from certain branches were allowed to vote without their names appearing on the register.

Tindi reported there was a problem with some candidates presenting agents who were not cleared forcing security to eject them.

“We are strictly dealing with the ones we had in our register, but it has not been difficult to keep order,” the Electoral Board secretary said.

The exercise kicked off at 7am local time (+3GMT) and by 9:30am, none of the candidates for the chairmanship had arrived with a few other candidates casting their ballots.

Voters were screened at the gate to confirm their names were in the register before being directed to 21 polling booths placed outside the Indoor Arena.

Each had eight ballot boxes arranged in order from the chairman to executive committee member.

Outside the heavily secured perimeter, hundreds of fans gathered as they wait to establish who will lead the Kenyan Premier League (KPL) following an exercise ordered by the Sports Dispute Tribunal to end crippling leadership wrangles at the Den.