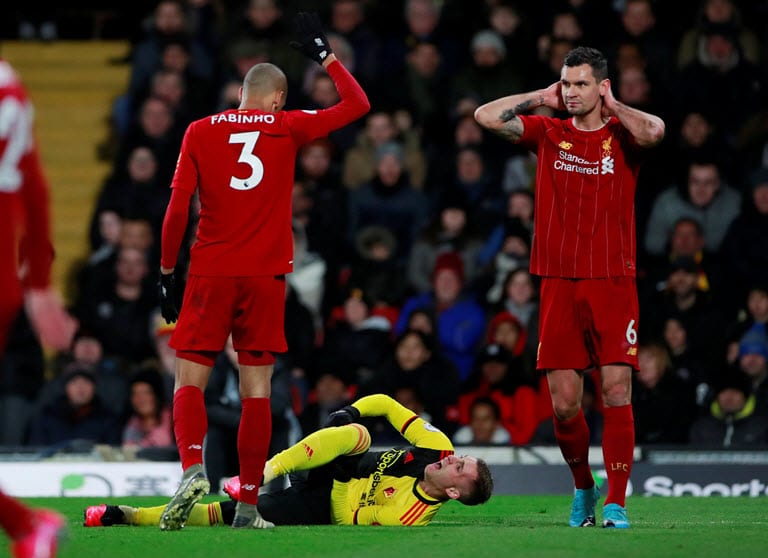 Watford’s Spanish forward Gerard Deulofeu is set to be sidelined for the rest of the season after suffering a knee injury in the 3-0 home win that ended Liverpool’s unbeaten Premier League run.

Deulofeu is heading for surgery after scans confirmed a ruptured anterior cruciate ligament and torn meniscus in the first half of Saturday’s game against the league leaders.

The former Barcelona and Everton winger, who has scored 17 goals in 70 games since moving to Watford in 2018, had to be taken off on a stretcher after falling awkwardly.

“Unfortunately for him and us, the scan results really show he is probably going to be out for the rest of the season,” Head Coach Nigel Pearson said on the club website on Monday.

“For sure Geri is going to be a miss for us; but equally it’s important we look forward with a positive mentality.

“It almost goes without saying that we’ll give Geri all the support he needs for a full recovery.”

Watford captain Troy Deeney, who also suffered a serious injury earlier this season, said he will offer support to his team mate and that Saturday’s victory was dedicated to him.

“It’s going to be a real tough one and we wish him well,” said Deeney. “I said to him at halftime: ‘We’re going to win this for you’, and thankfully we did… I’m a man of my word.”

The win over Liverpool has left Watford just outside the relegation zone on goal difference in 17th place.