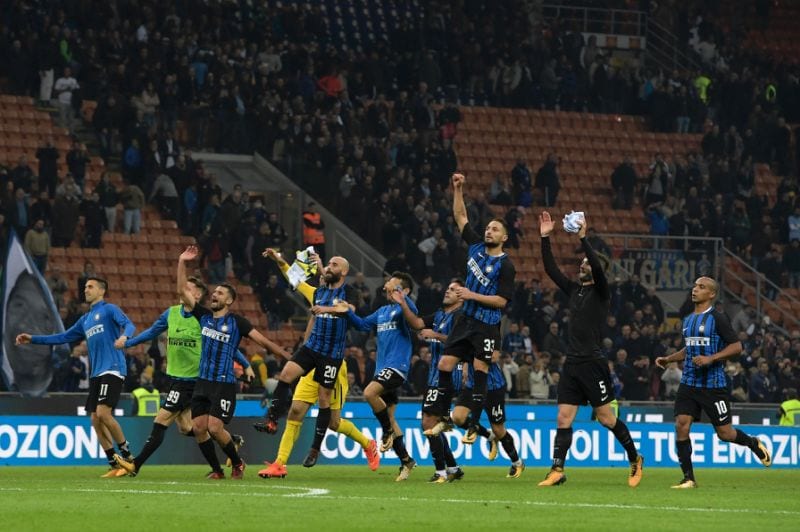 Mauro Icardi scored a double as Inter Milan went top of Serie A on Tuesday with a 3-2 win over Sampdoria as victims of the Holocaust were remembered following anti-semitic acts by Lazio fans.

Inter captain Icardi and Sampdoria counterpart Fabio Quagliarella handed out copies of “The Diary of Anne Frank” and Italian Jewish writer Primo Levi’s memoir “If This Is A Man” to child mascots accompanying players onto the pitch at the San Siro.

The initiative followed the controversy ignited after Lazio fans defaced the Stadio Olimpico, which they share with rivals Roma, during Sunday’s league game against Cagliari with anti-semitic slogans and stickers showing images of Frank.

On the pitch the hosts led 3-0 after 54 minutes with Slovak Milan Skriniar opening after 18 minutes against his former club with another ex-Sampdoria man Icardi adding to his tally on 32 and 54 minutes for 11 league goals this season.

Inter go provisionally top after their eighth win in 10 games gave them 26 points — one more than Napoli who can reclaim top spot when they travel to Genoa on Wednesday.

Despite his double Icardi was angered by his side slackening off late in the second half.

“We have to deal better with these situations and not concede two goals like that,” said the Argentina striker.

“It makes us proud of what we’re doing, but it’s a long road ahead and we must continue on it.

“We have to improve many things, a game like today can not be risked because we had dominated.”

Dawid Kownacki got one back for Sampdoria after 64 minutes with Fabio Quagliarella adding a second five minutes from time as the Genoan side stayed sixth.