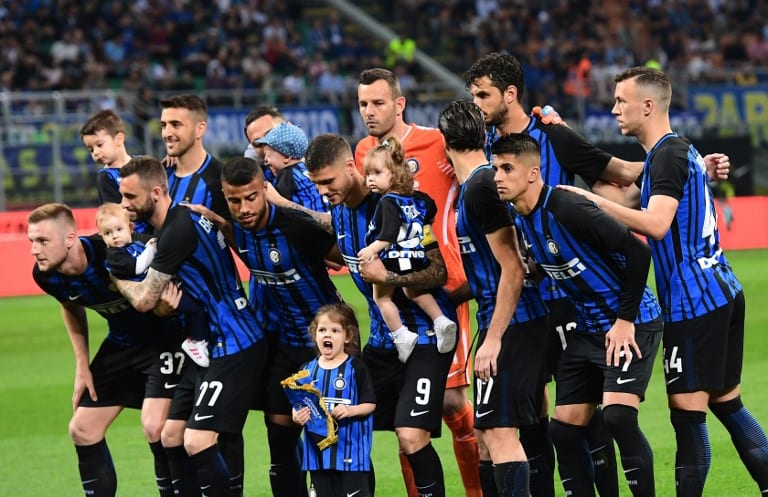 Inter Milan snatched the final Champions League berth with a dramatic come-from-behind 3-2 win over direct European rivals Lazio on the final day of the season at the Stadio Olimpico on Sunday.

Inter had to win in order to take third place from Lazio who had a superior head-to-head record and needed just to draw.

Late goals from captain Mauro Icardi and Matias Vecino ensured Inter return to Europe for the first time since the 2011-2012 season, along with Juventus, Napoli and Roma.

“The target was the Champions League. The finish line,” said Argentine striker Icardi. “The game wasn’t going the right way, but we showed strength to get it back on track.”

Lazio had led 2-1 with a quarter of an hour to go in Rome after Ivan Perisic turned the ball into his own net and Brazilian Anderson got a second four minutes before the break.

But Danilo D’Ambrosio got one back after 29 minutes with Icardi slotting in a penalty after 78 minutes following a Stefan De Vrij foul to join Lazio’s Ciro Immobile as the top Serie A scorer this season with 29 goals.

Lazio captain Senad Lulic was sent off late for a second yellow card with Vecino heading in the winner minutes later as the Roman side fell apart with Spanish defender Patric also sent off in the dying minutes of the game.

Both Inter and Lazio finished equal on 72 points but Inter are ahead on direct clashes leaving Lazio fourth, five points behind Roma who beat Sassuolo 1-0 on Sunday. 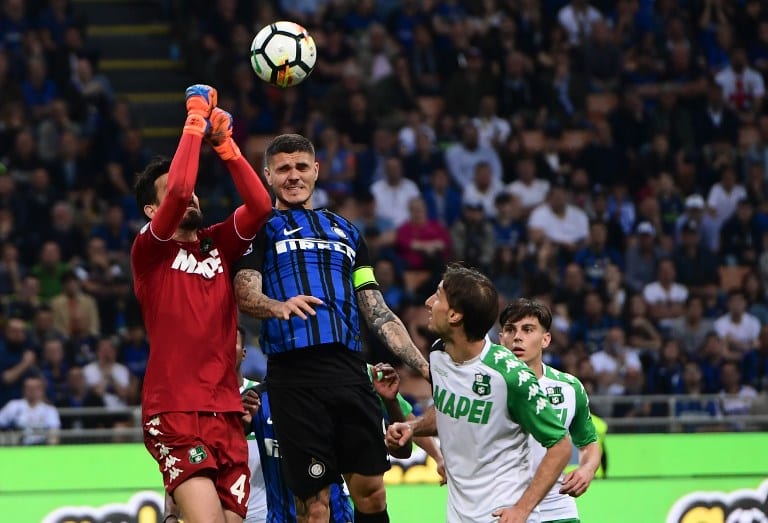 Lazio go into the Europa League along with AC Milan who sealed direct access to the group stage with a 5-1 rout of Fiorentina, who finish eighth.

“There is great regret for what could have been,” said Lazio coach Simone Inzaghi. “It takes nothing away from the season we had. We showed we could compete with anyone, we beat Juventus twice.”

Earlier second-placed Napoli ended their record-breaking season with a 2-1 win that condemned Crotone to second-tier football next season.

Lorenzo Insigne orchestrated both Napoli goals as the southerners achieved a club record 91 points for the season — four behind champions Juventus.

Juventus lifted the Scudetto for the seventh consecutive year with a game to spare and capped the season with a 2-1 win over Verona on Saturday, during which goalkeeping star Gianluigi Buffon called time on his 17-year career with the Turin giants.

“The team has had an extraordinary season. For three consecutive years we have had club record point hauls. We have always been growing,” said coach Maurizio Sarri.

“Since there have been three points for a win, anyone who has ever passed 90 points has always won.”

Arkadiusz Milik and Jose Callejon scored both Napoli goals in the first half.

Marco Tumminello pulled one back for Crotone but the side from Calabria return to Serie B after two seasons in the top flight where they join Verona and Benevento. 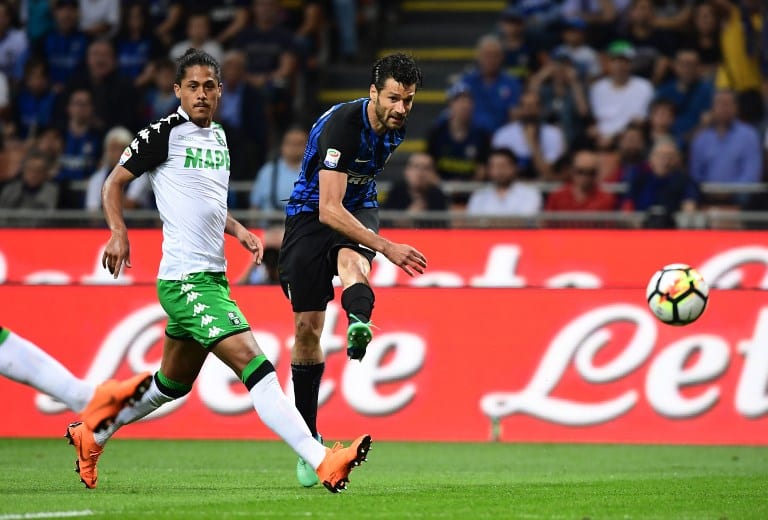 Patrick Cutrone scored a double as Milan went on a goal spree in a come-from-behind win over Fiorentina at the San Siro that sealed sixth place and direct access to the Europa League group stage.

Federico Chiesa opened for Fiorentina but Turkish international Hakan Calhanoglu’s got the equaliser before Cutrone headed in the first of his double four minutes before the break.

Croatian forward Nikola Kalinic extended Milan’s lead on 49 minutes off a rebound with Calhanoglu setting up Cutrone for his second 10 minutes later.

Giacomo Bonaventura completed the rout after a run through midfield on 76 minutes.

Milan finished the season with 64 points while Fiorentina, whose season was devastated by the sudden death of captain Davide Astori in March, missed out on European action by finishing eighth.

Atalanta took seventh place and a spot in the Europa League qualifying rounds despite a 1-0 defeat at Cagliari.

Promoted SPAL get to play another year in Serie A and capped the season with a 3-1 win over Sampdoria.