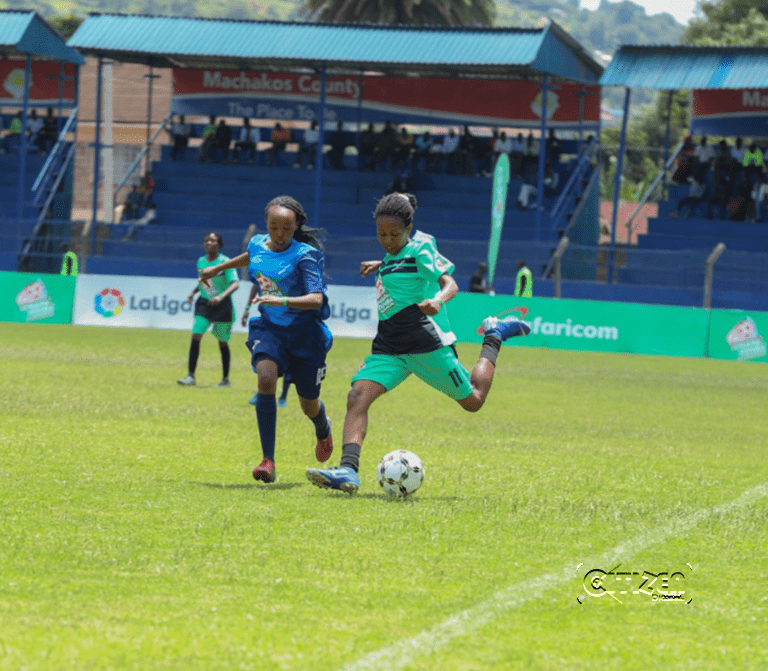 Appreciation of ethnic diversity was key to the stellar performance by Isiolo Starlets in the Eastern region Chapa Dimba na Safaricom finals, that culminated on Sunday at the Kenyatta Stadium, Machakos.

According to Starlets coach Collins Otieno, North Eastern Kenya has for a long time lagged behind in sports development not only because of poor infrastructure but bad blood between clans and communities inhabiting the arid area, caused by a wide range of traditional prejudices.

But the challenge is gradually finding a formula to mitigate, especially in the Chapa Dimba tournament as underlined by the success of the Isiolo County team that conquered strong opposition from other areas of the Eastern Kenya.

Starlets, a select team made from combining four teams of the region came from behind to beat Chuka University 3-2, their dream of making it to the nationals after two failed attempts finally coming to pass.

Otieno, however says, it was not easy to form a formidable team from region still struggling with negative ethnicity and clanism.

“The team has players from several tribes in Kenya; Meru, Kikuyu, Luo, Borana and Somalis. This has helped a lot, because the first victory came in bringing the players from the diverse backgrounds together. It is making them appreciate each other more, because the players have forgotten about their clans,” he said.

The team showed the great potential by outclassing Moyale Queens 8-0 in the semifinals, before easily winning the ticket to the national finals to be held in Mombasa in June.

“In the semifinals our opponents were not strong enough to give us a worthy challenge, but that is because we had done a lot of work right from team’s selection. Now our focus turns to the finals in Mombasa where I know it will be more competitive,” he added.

Captain Hilda Wanjiku is aware the competition in the national will be a different affair from what they have faced so far.

“The fact that we come from an arid area does not mean we are less privileged on the pitch. We may not have good facilities as our competitors but we will surprise many,” she remarked.

They were joined by Makueni’s Tumaini School in the nationals, who followed up their 7-1 thrashing of Biashara FC in the Saturday’s semi-finals, with a 4-1 win over Black Panthers in the Sunday’s entertaining final.

Other teams to have already booked a national ticket are North Eastern’s Berlin FC, Yanga FC and Kwale Ladies from Coast and Falling Waters and Ulinzi Youth from Central region.