Its Gor vs Ulinzi, Homeboyz vs Mathare in KPL U20 semis 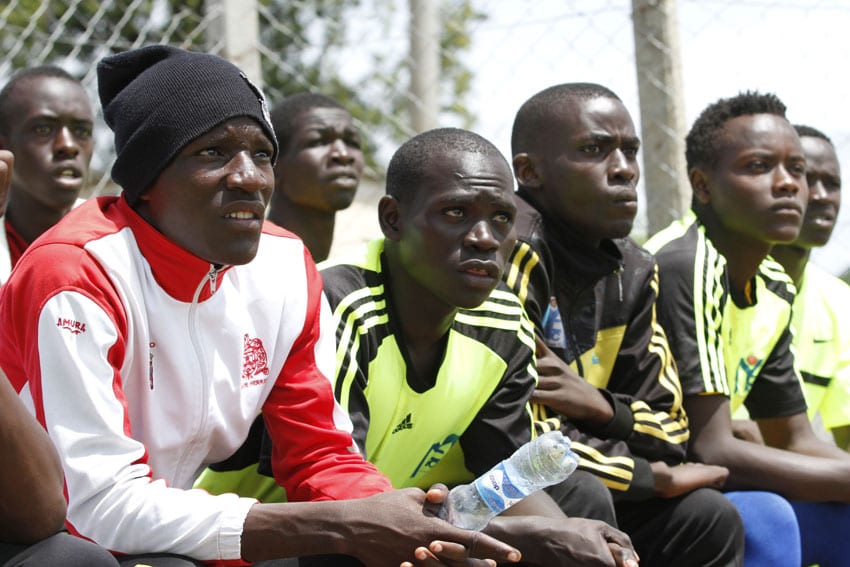 Favourites Gor Mahia and Kakamega Homeboyz underlined their intent to capture the Kenyan Premier League (KPL) Under 20 title after breezing through to the semi finals of the tournament as quarterfinal action concluded on Sunday at Nairobi’s Camp Toyoyo Grounds.

K’Ogalo will take on Ulinzi Stars while Homeboyz who racked up their fourth straight victory will play Mathare United for a place in the final with the games being played on Wednesday at a yet to be confirmed venue.

In the first game of the day, Gor came from behind to trounce Chemelil Sugar 3-1 while arch rivals AFC Leopards were bundled out in the next clash after going down 4-1 on post-match penalties to Mathare following a barren draw at the end of regulation time.

Ulinzi had little trouble dispatching Nairobi City Stars 3-1 in an end to end thriller with Homeboyz also erasing a deficit to edge out battling Sony Sugar FC in the ill-tempered last quarterfinal that saw the Sugar Millers coach sent to the stands.

Gor romped to the semis when Amos Nondi, Wilson Mwenda and Joseph Waruinge scored three unanswered goals in the second half to turn around the game they trailed after 15 minutes when Felix Oluoch confusion inside the K’Ogalo box to notch the opener.

Just before the break, Waruinge who is marking himself out as a superb dribbler,combined well with Nondi who laid the ball off to Mwenda but the latter blasted his effort wide in the notable chance for Gor in the first half.

Chemelil came out intent on doubling their lead after the break and fashioned two quick chances that lacked an end product but K’Ogalo battled back to equalise in the 60th when Nondi beat the diving Chemelil keeper Aimo Richard with a neat finish.

Waruinge then dribbled into the box and Aimo hacked him down to earn the spot-kick that Mwenda made no mistake to give Gor a 2-1 lead ten minutes later.

Maurice Ouma’s charges smelt blood and turned on the screw with Waruinge hitting the woodwork with Aimo well beaten before he got the goal he richly deserved when he fired in K’Ogalo’s third in the 87th to keep his hunt for the Golden Boot alive with his third of the tourney.

In the second game, Andrew Juma, Leroy Ogutu, Michael Odhiambo, Eric Kipkurui converted all Mathare’s penalties to advance to the semis at the expense of Leopards who started the tournament by stunning Gor 2-0.

Stephanie Tololwa and Richard Odada missed their spot kicks for Ingwe, the former blasting over the bar while the latter saw his effort stopped by the goal keeper with Joel Mungai the only Leopard’s player on target in the shootout.

Alex Sunga was the hero for Ulinzi when he grabbed a brace after Dennis Ouma had netted the opener just two minutes into the match when he clinically nodded in a corner past custodian Vincent Khatili.

Samuel ‘Wailer’ Mwangi scored the consolation for the hardworking Stars who were unlucky not to get anything from the match after missing several open scoring opportunities.

In the last quarterfinal, Gilbert Selebwa’s Homeboyz weathered a stiff challenge from Sony to complete the semi-finals line-up where Sony boss Aul Omondi was forced to watch the second half from outside the pitch perimeter when he was red carded for misconduct.

The game sparked to life in the 25th when Julius Adde put Sony in the lead but Homeboyz were level within 10 when the impressive Juma Bakari converted a penalty awarded when Ryan Ashiono was upended inside the box to leave the sides level at 1-1 at half time.

Just before the start of the second period, Omondi and Gor Mahia senior forward, Enock Agwanda who was rooting for the Sugar Millers were ejected from the dugout for allegedly firing insults at the referee to add a rough edge to the proceedings.

Both teams fought for a winner and with six minutes of regulation time left, Homeboyz found the breakthrough when Alvin Mang’eni turned in what proved the decisive goal for the 2-1 final score.

The drama was far from over when Pascal Otieno who plays for Sony’s senior team was also red carded for also insulting center referee, Tabitha Wambui Njoroge, immediately after the final whistle in another ugly incident that marred what was a good day for youth football all round.

It remains to be seen whether the KPL disciplinary body will take action against the culprits in the coming days.