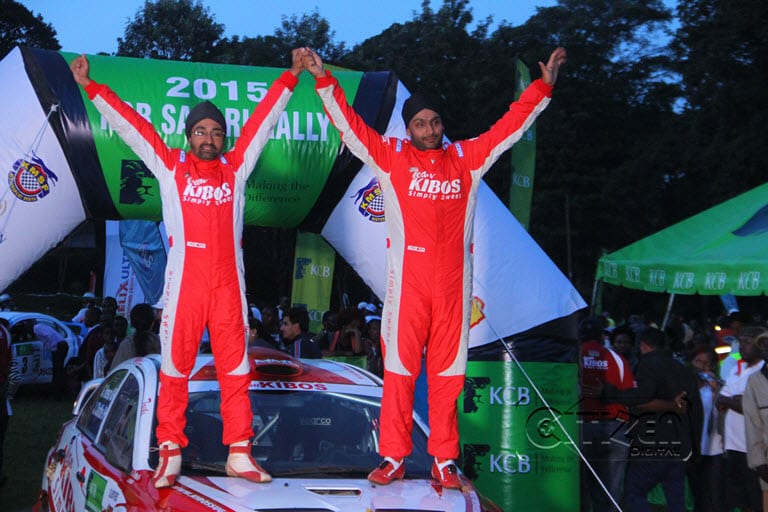 Jassi, who racked up an unprecedented ARC and KNRC double in 2015, will drive a Mitsubishi Lancer Evolution 10 R4 in preparation for the 2019 season.

His regular co-driver Gugu Panesar will partner the Kisumu speed merchant, who last tackled the KNRC on the ARC Safari Rally 2018

Jassi said the feeling one gets in the rally is one of the most amazing feelings. He said:  “My last rally was Safari this year. Guru Nanak to me is a special event as I started my serious rally career with the Evo 9 in 2011. I will be tackling the rally to enjoy the event and warm up for next year.”

On his part, Gugu said: “The last event I did with Jassi was Pearl of Africa 2017 in June last year. I have been navigating for many years and I am very confident that this weekend we will have a good rally and the spirits are quite high. Guru Nanak Rally has always been a great event!”

Ravi has participated in nine Guru Nanak Rally events while speedster Boldy is returning to the Sikh Union event for the umpteenth time.

Boldy’s codriver Ravisaid: “We are both entering this event in high spirits. We have had a good second half of the season and go with the intention to win the rally named after our Guru. I have participated in approximately 9 Guru Nanak rallies and it’s always a great pleasure returning to the Sikh Union organised event time and time again.

“The team is looking forward to end the season on a high and it should be a good battle for the podium positions with Onkar, Tej and Flash.

The Guru Nanak is the last round of the KNRC 2018 and will take place this weekend at Stoni Athi.

Last year’s Guru Nanak Rally winner Carl ‘Flash’ Tundo and his partner Tim Jessop have the KNRC drivers’ and navigators’ titles in the bag while Baldev Charger and his partner Ravi Soni are assured of second position.

Baldev Chager said: “Flash had a very spirited drive in Eldotet and beat me by 3 seconds. The championship is done and dusted and we are going to the GN to have fun. I don’t think anyone can challenge me for second place,”

Flash Tundo said: “I am much chuffed going into Guru Nanak as the champion. Its been a very hard fight and I’m overly excited that we have finished every single event this season. We have proven that we have the pace and we are looking forward to a good event on Guru Nanak.”