Joshua ready to take out rivals ‘one by one’ 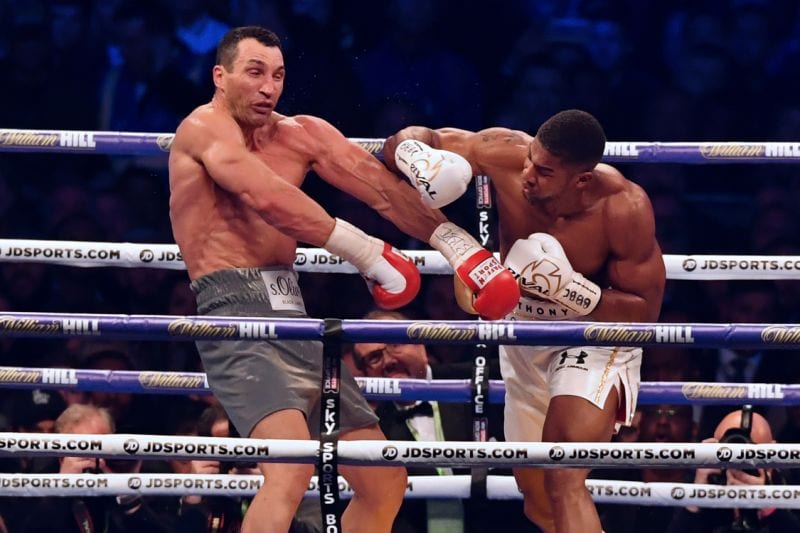 World heavyweight champion Anthony Joshua says he could take out his rivals in the top division “one by one” following his sensational victory over Vladimir Klitschko.

Joshua, 27, stopped Klitschko in the 11th round of Saturday’s Wembley super-fight to add the vacant WBA and IBO titles to his IBF crown.

He has offered Klitschko a rematch and also has his eyes on an-all British clash with Tyson Fury, who has not fought since spectacularly dethroning Klitschko in November 2015.

“If it works out for my career, I’ll definitely relish the challenge against Tyson Fury or anyone else for that matter,” Joshua wrote in a column for the London Evening Standard newspaper published on Tuesday.

“Fury has come from the ground up. He’s an ordinary guy who has achieved great things. He’s back in training and he’s getting into shape and that’s good for boxing, so I hope that he comes back to his very best.

“The fans want the Fury fight and I do, too.”

Fury, 28, has claimed he could beat Joshua “with one arm tied behind my back”.

The self-proclaimed ‘Gypsy King’ has relinquished his titles and had his boxing licence revoked after revealing he is battling mental health problems.

On the prospect of fighting Fury, Joshua said “it feels that we’re heading in that direction”.

“I like to entertain and if that’s a fight that will bring entertainment to the sport again, then I would love to be involved,” added Joshua, nicknamed ‘AJ’.

“If I have to go through everyone in the division, then great. I am not hearing, ‘Let’s see Fury v (Deontay) Wilder or Wilder v (Joshua) Parker.’ It’s always, ‘We want AJ versus Wilder, Fury and Parker.’

“So if I have to go through the division to keep it entertaining, then that’s what we’ll do — take them out one by one.”

Joshua said his victory over Klitschko, in which he overcame a sixth-round knockdown, showed he “can knock anyone out”.

“As for Wladimir, I’ve got the ultimate respect for him in and out of the ring and, if we wants a rematch, I’d have no problem fighting him again,” Joshua said.