The all-British bout has been billed as one of the biggest in heavyweight boxing for decades and the winner will become undisputed champion.

The fight will see all four belts on the line in a heavyweight bout for the first time in history.

The last undisputed heavyweight champion was Britain’s Lennox Lewis from 1999 to 2000, in an era when fighters did not need to hold the WBO belt to be recognised as undisputed champion.

In announcing the fight date in a video on Twitter, Fury said: “All eyes of the world will be on the Kingdom of Saudi Arabia and I cannot wait to smash Anthony Joshua on the biggest stage of all times.

“This is going to be the biggest sporting event ever to grace the planet earth. Do not miss it.”

Plans for a fight between the pair were set in motion when Fury defeated Deontay Wilder to capture the WBC title in February last year.

That came two months after Joshua avenged his only career loss to Andy Ruiz Jr, a fight which was also staged in Saudi Arabia, at the Diriyah Arena.

Although news of the fight is one of boxing’s worst-kept secrets, neither Joshua, his promoter Eddie Hearn or Fury’s co-promoters Bob Arum and Frank Warren have officially confirmed it will take place. 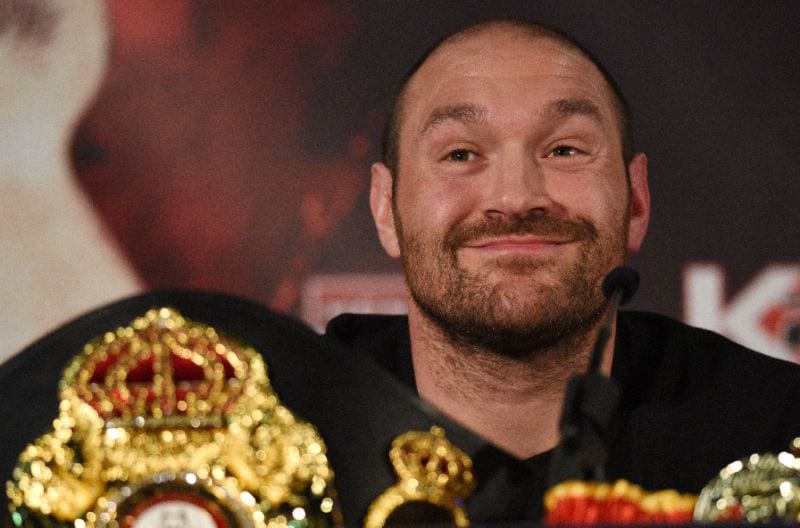 Last week, Hearn said that the fight would take place in Saudi Arabia but Fury did not mention a venue.

Saudi Arabia has faced criticism from campaigners who have accused the Middle East country of trying to ‘sportswash’ its human rights record.

“The real question is will Anthony Joshua, Tyson Fury and their teams just go along with it?” said Amnesty International UK spokesman Felix Jakens.

When Joshua fought Andy Ruiz in Saudi Arabia in 2019, his promoter Hearn insisted Saudi involvement was “here to stay in boxing”, calling critics “hypocrites” and repeatedly referencing the fact other sporting institutions had worked in the country.