Julius Yego takes silver after being forced to retire 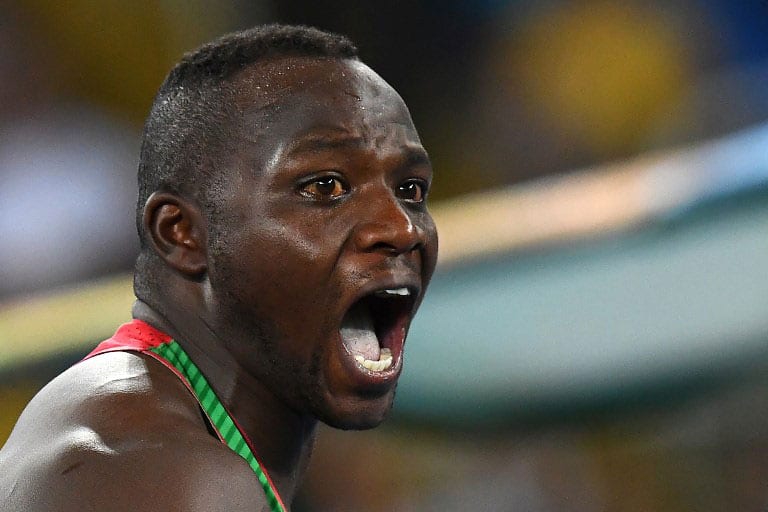 World champion, Julius Yego, made history after winning Olympics silver in the men Javelin despite being forced out of the final injured.

The Kenyan ended his Rio 2016 campaign in tears after retiring after the fourth round having established the lead with an opening attempt of 88.24m.

German Thomas Rohler who came in as the world leader threw 90.30m to take the gold medal with his fifth effort as London 2012 champion, Kershawn Walcott took the bronze with 85.38m.

Yego, thus becomes the first Kenyan field athlete to medal at the Olympics after making history in London 2012 where he became the pioneering African to compete at the final.

Yego injured himself with his second throw and it sadly ended his interest in the competition although his first effort stood up for the gold and he managed to gingerly return to collect his medal.

The Commonwealth and two-time African champion passed his third attempt, had a half-hearted fourth round throw and then retired before leaving the infield in a wheelchair.

This left Rohler, and the rest of the field, to play catch up.

With the last throw of the competition, with Yego getting treatment, Rohler had a farewell foul, knowing that the gold medal was his.

“I think after this year and after last year, we all knew that it’s going to be a competition on a really high level,” he told the IAAF.

Behind the leading pair, London 2012 champion Walcott had to settle for the bronze medal in the defence of his title, winning a battle with Germany’s Johannes Vetter for the last place on the podium.

Vetter opened with 85.32m for third place at the end of the first round but was overtaken in the second round when Walcott went six centimetres further.

Neither man could improve after that point so Walcott took his second Olympic medal, and at only 23 years of age.

-Material from IAAF/iaaf.org used in this report