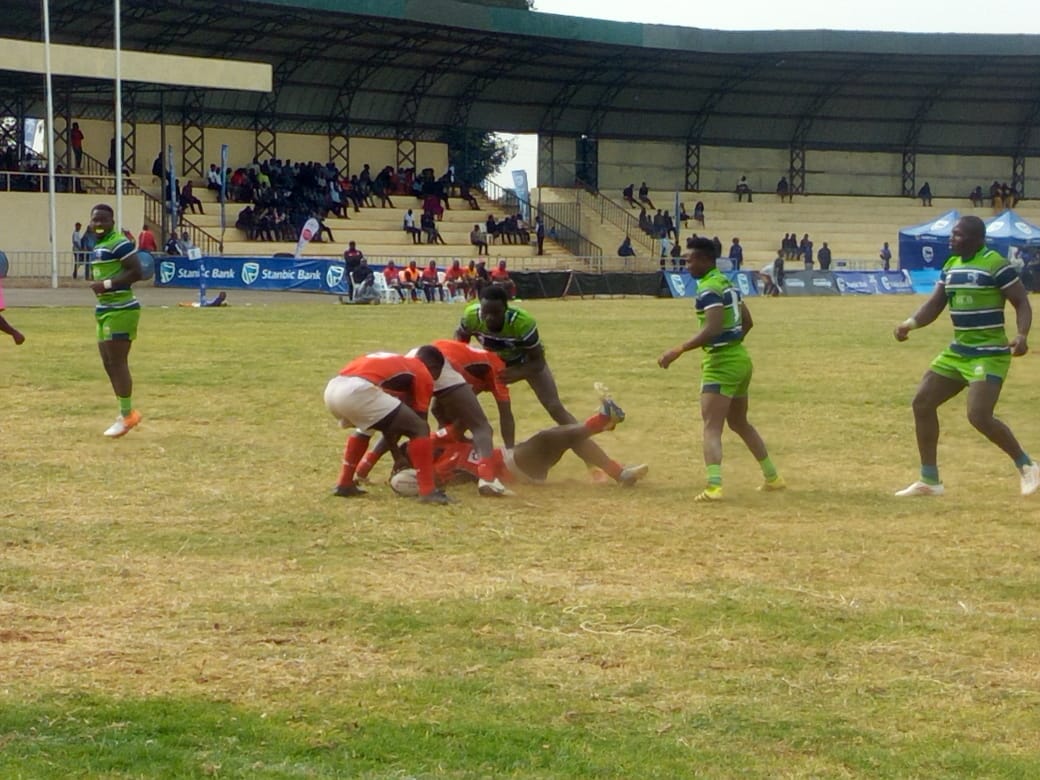 Big guns KCB, Homeboyz, Nondies, Mwamba and Top Fry Nakuru sailed to the Main Cup quarters after posting impressive performances in Day One of the George Mwangi Kabeberi Sevens, the second leg of the Nation Rugby Sevens Circuit which got underway Saturday at the Kinoru Stadium, Meru.

The bankers who were crowned champions of the Kakamega Sevens last week in the first round of the circuit will now face Homeboyz in a blockbuster quarters tie tomorrow after winning two of their matches today beating Division One side Meru RFC 32-0 in their opening match and also posting a 28-7 victory against Impala Saracens.

They however fell 12-10 to Menengai Oilers, a defeat their captain Davis Chenje attributed to ‘simple mistakes’.

“We made several mistakes after winning the first game and were punished by Oilers for not taking our chances,” Chenje bemoaned in an interview with Citizen Digital.

Chenje is however optimistic of a different outcome tomorrow when they collide with Homeboyz. “In the quarters things will be different, it’s a knockout and if you lose you are out, and we are going to meet high quality teams so will take our chances,” he added.

At the same time Mwamba registered the biggest scoreline of the day after crushing Egerton Wasps RFC 53-0, this victory was preceded by a 17-12 win over Kenya Harlequins.

The stylish Mwamba made it three out of three after beating Nondies 29-0 to storm to the Main Cup quarters.

Another powerhouse Homeboyz won three out of three after outclassing Catholic Monks 22-0 in their first match, 31-0 against Mean Machine, and 22-0 against Masinde Muliro University of Science and Technology (MMUST).

Group A winners Menengai Oilers will battle MMUST, Top Fry Nakuru will entertain Nondies while Mwamba will collide with Northern Suburbs in the last eight fixtures.

Division One side Meru RFC, playing competitive rugby at home for the first time, lost all its three matches falling 32-0 to KCB, 19-0 to Impala and 24-7 to Menengai Oilers.

“The games were a little difficult but we gave our best; tomorrow our main aim is to remain in division one,” Samuel Wamae, captain of Meru RFC told Citizen Digital after the chastening Day One outing urging their supporters to turn up in large numbers  to cheer them tomorrow.