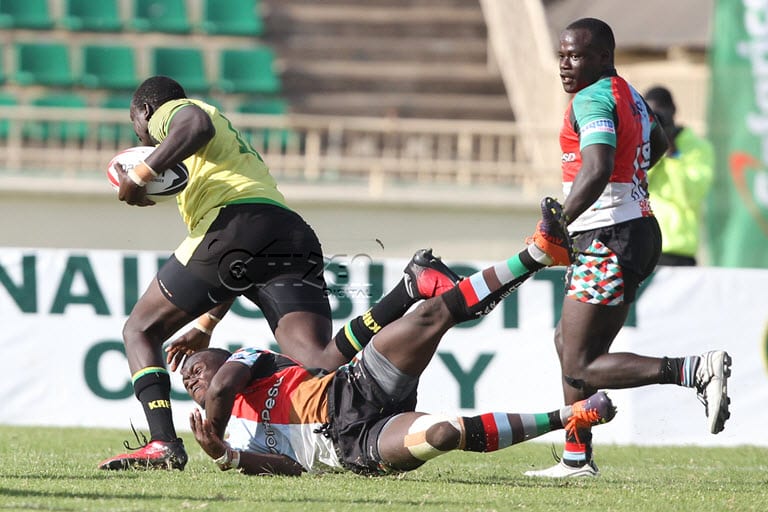 Kabras Sugar backline coach Jerome Muller has insisted he is in Kenya to help his club win trophies but refused to be drawn in to making comparisons with Kenyan tacticians.

The South African coach, who joined Kabras in January replacing fellow country man Felix Reyon, says he wants to be judged on results as he embarks on guiding Kabras to win both the Kenya Cup and Enterprise Cup.

“It’s not so much a secret because every club wants to be the best in the league, so I’m proud to be in Kabras and I want to help them achieve the best in all competitions. However, I can’t speak about any coaches here in Kenya because I don’t know any coaches here so it will be unfair for me to judge or be compared to them,” said Muller.

Muller, having coached South West Districts Eagles of South Africa opines his competitiveness makes him detest losing and will be taking a game at a time as action resumes this weekend.

“I hate losing as a coach, I like to win and that’s what every team in the Kenya Cup will do, a team doesn’t go to a match to lose so mine is to help Kabras collect all the five points and finish at the top,” added Muller.

Muller said he believed Kabras ‘play rugby like big boys’ adding he is looking forward to their first match against Blak Blad at the Kakamega Showground .The Kakamega based side top the table with 15 points alongside defending champions KCB.

Meanwhile, he advised the Kenya Rugby Union (KRU) and the government to introduce rugby academies in the country to spur massive growth of the game in the country.

“Back home we’re fortunate that we play provincial tournaments starting with under 13 every year and every province has to choose a team to represent them against other provinces, so that’s the fortunate thing we have in South Africa but have not seen that in Kenya.

“But what I can see here in Kabras is that they have talented youngsters who need guidance and with academies in the country rugby will grow much bigger,” he added.

The former Western Province player was appointed back in January, taking over from compatriot Felix Reyon who landed a job as the assistant coach of Eastern Province, in his native country.