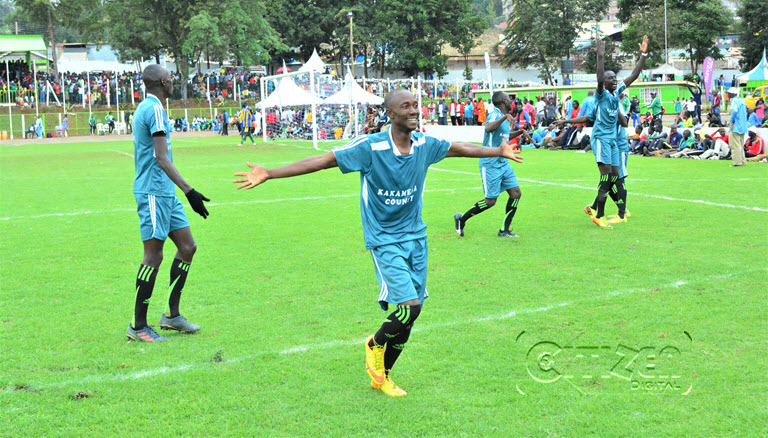 Kakamega County football team thumped West Pokot 2-1 to bag the KICOSCA games football title on Saturday at the Kericho Green Stadium as the curtains came down on the week-long inter- county sports competitions.

The two sides had plenty of chances in the first half, but West Pokot were the first to break the deadlock in the 38th minute when Dhilon Mukenyang opened the scores from a tight angle after being put through by George Madegwa.

Kakamega pressurised after going 0-1 down, Wandiri Ken got a good chance to level the scores in the 43rd minute after Ayora Sam served him with a nice through pass but his shot went straight to the waiting arms of West Pokot keeper Alex Lokerus.

Kakamega had more ball possession in the beginning of the second half, Wandiri seeming to be a hazard in Pokot’s defence with endless runs.

But it was Olaka David who drew Kakamega level in the 68th minute after getting hold of the ball in crowded Pokot’s defence and applying a simple tap in to level the scores.

Pokot lost concentration after Kakamega netted the equalizer giving the latter more time to plan the game from behind going forward.

However a determined Kakamega restored their lead in the 78th minute after Alfas Khaemba fired in from from 45 yards to seal the victory.